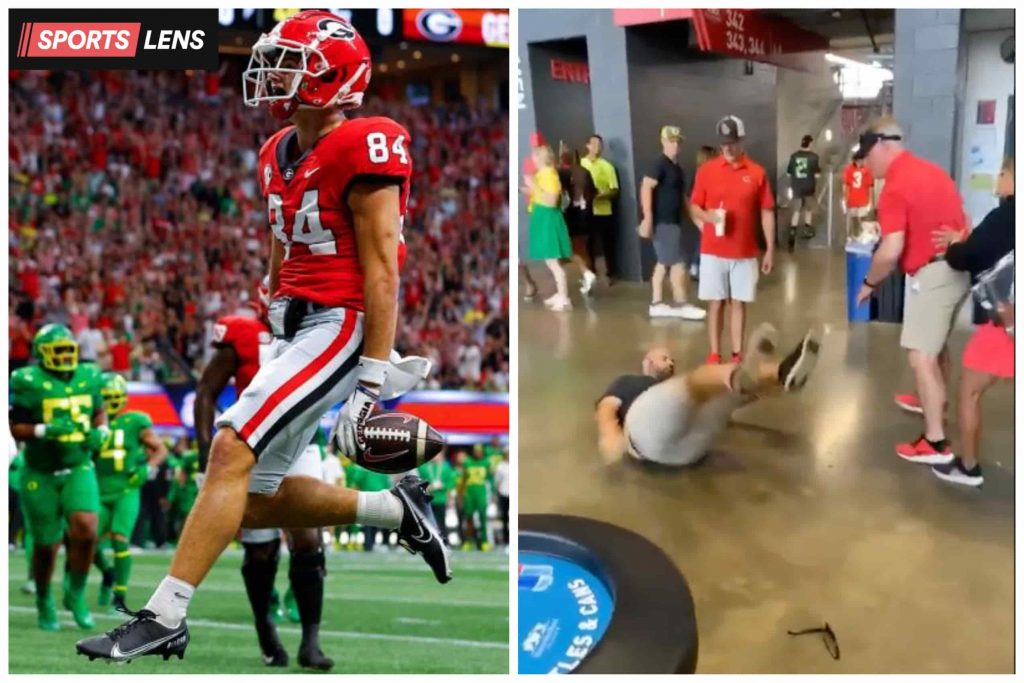 However, the high-octane action at the Mercedes-Benz Stadium in Atlanta was not contained to just the field, as tensions spilled out into the stands.

In the aftermath of the fixture, video footage emerged of some unsavoury scenes beside the concession stands in the stadium, as fans were captured brawling in a calamitous, disjointed fist-fight.

See below for the footage.

DAWGS GOING AFTER IT ON AND OFF THE FIELD pic.twitter.com/C1kWQHF3dJ

It is not clear what caused the skirmish, nor whether the two men are rival fans or both Georgia fans – the red polo shirt is donning the colours of UGA.

However, in the game itself Stetson Bennett threw for 368 yards and accounted for three touchdowns as a new-look Bulldogs defence looked formidable in spite of several stars heading for the NFL. The squad seemed locked in and intent on defending their championship title.

Meanwhile, Oregon struggled to get any sort of foothold in the game as the Duck’s new quarterback, Bo Nix, who arrived from Auburn in the offseason, could not find any space to operate.

The Bulldogs will host Samford on Saturday at the Sanford Stadium, while Oregon host the BYU Cougars in Eugene 10 days from now.