“Can’t even eat my sandwich that I made n brought…not so much a fan of stadium food…no offense oscar meyer” – tweet by Aly Wagner, two-time Olympic gold medalist and LA Sol midfielder, during the inaugural WPS match.

The prospect of women tweeting from the bench launched a frenzied focus on the Women’s Professional Soccer (WPS) league and the women’s game of football. The marketing strategy was to connect more people to the team and the players, but in-game twittering launched a volley of criticism about the integrity of the game.

“How is it any different than doing a media interview during a game?” asked Kevin Hassett, Boston Breakers Communication Manager. “How is it different than a coach having a headset on during play or half time? For us, it’s giving our fans the access inside. What are the players thinking? How are they analyzing the game?”

So it’s a bit of a disappointment that Wagner was thinking about a forbidden sandwich instead of Marta ripping up the corner or Allison Falk making a critical save. And not only is she thinking about lunch (twitterers love lunch), she’s apologizing to hot dog manufacturers.

Wagner was not scheduled to play, so the tweets wouldn’t affect her performance, but was her head in the game, was she fully supporting her teammates? How can a bench player make the mental jump from tapping out thoughts on a touch pad and still be fully engaged in the flow, strategy, the physicality of a game?

Everyone is tweeting. Why is everyone tweeting? Are we lonely? What happened to unlisted numbers?

MLS players tweet, including Kansas City defender Jimmy Conrad (who wears a yellow bucket on his head in his photo icon), and Rohan Ricketts and Danny Dichio of Toronto FC. Dichio tweeted, “I hope Gazza has found his way out of his troubles now. People may not agree but he was 1 of my 1st England heroes growing up! Good luck Gaz.”

Almost all the MLS clubs are tweeting, the bloggers are tweeting, and now advertisers and vested interests are sneeking in as tweeting bloggers. Fewer blogs are written, but more blogs are read because of twitter. Everyone tweets games. But if you want to watch a game, why would you read tweets instead of watching the game? But they do.

Twitter is the hottest device around, already snowballing out of control. Basically, it puts thoughts into words that just sit there until someone connects with a related thought, or nothing happens, or you get fired. Slight exaggeration. It’s a way to see yourself in others, others in yourself. Big guys aren’t so big, little guys not so small.

Most players prefer to play in packed stadiums and feel the energy, connect with the crowd. They pay tribute in a goal celebration, a wave, a handshake and do better at home because they have better connection. They talk to sideline reporters, do network interviews with headphones.

One of the most beautiful things in the game is how players get energy from each other, how some players generate energy so freely – and that connection is one of the greatest attractions of the game.

At the WPS Boston Breakers media launch day in the Harvard clubhouse, next to their home field of Harvard Stadium, the atmosphere was giddy. The women beat the press to the buffet, very excited about lunch, then the entire team stretched out on the floor and munched away. Some actually hummed. One player got up and collected trash. Ridiculously happy.

Kelly and Alex, long-time teammates, spoke about their experience in England and the US.

LE: How is soccer different in England?

Alex: The English are more reserved so you don’t get a lot of pats on the back if you do something right, I remember the first day of training I made a run and I didn’t get the ball, but someone was already congratulating me from making a great run and I thought I didn’t even do anything and that was a total shock to me, a surprise, because I’m not used to getting that from back home. If you make a run and don’t get the ball, it’s kind of forgotten about or not seen. So to get that support from your teammates is very encouraging over here.

Training is a lot more competitive, everything’s 110% where back home you can kind of get away with not putting your foot in a tackle in training where here you’re in it to win the ball and everything’s full tempo. And the girls are very positive here, it’s very much a team-orientated sport, everyone’s really positive. If you make a mistake the team are there to pick you up straight away and I’m not used to that coming from back home and that’s kind of different, everyone high-fiving each other.

LE: Tell me about Arsenal. 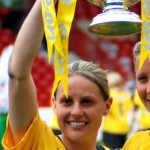 Kelly: I joined in 1994. I’d been playing youth soccer for a number of different clubs in England and then decided to move to Arsenal because it’s the best club in the country.

Alex: Arsenal was my first club. They come and scouted me when I was eight playing in a local park. So I started at eight and worked my way through the whole youth system into the women’s team, so Arsenal has always been a big part of my life.

Kelly: We were paid on a semi-pro level, a certain amount of money, but not enough to live off so you needed another job for income to get by. Only the senior team would get paid. On the youth team you’d be expected to make it to training by yourself and given a kit for training, but you’d never be given no money to turn up for training.

LE: How close is Britain to having a women’s professional league?

Kelly: It won’t be fully pro, but they’re looking to change it in 2010 to a summer league, so there are changes happening to the women’s game over there, but it won’t be professional for a long, long time.

We were as professional as we could be at Arsenal but working under a semi-professional bracket. We’re only training as a club two nights a week which isn’t a lot compared to training every day on a ball here with the Breakers, so we’re able to work more on the tactical side of the game and individually on our ball skills. Whereas in England we didn’t have the time to do that because we’d be juggling a job and playing football at the same time.

Alex: I remember when WUSA was on and Kelly was the only English woman playing in that league. A lot of people looked up and wanted to follow Kelly, wanted to aspire to be like here and one day play professional. So it’s great for the English game to now have five players playing in a professional league. It gives a lot of inspiration to young kids looking up and following the games on Fox Soccer and hoping to one day to make it professional.

Alex: We’ve already got a rivalry with Chicago. We played them in a friendly and ex-teammate Karen Carney plays for them do it will be good playing against them, but overall it’ll be the overall rivalry between us and New York.

Kelly: Yeah, it’s the two locals like it would be playing back in England, it would be Arsenal v Spurs – same area – and New York is the closest team to us. We’ve got a teammate playing for Chicago and Anita Asante is playing for the New Jersey team so although we’re teammates internationally we’ll be rivals common league.

We saw [Sol 2-0 DC] on the TV and they’ve got some great attacking players. I’m especially pleased with Miyama in midfield and they’ve got the #1 player Marta so they’re a strong outfit going forward. But we’ve got a great backline. I’m very impressed with what we’ve seen in training over the past ten days, we’re very strong and together, a possession team, but we’ve got some great flair going forward and we like to score goals, so we’re not to worry about LA at the moment, just focus on FC Gold Pride.

LE: Kelly, there are expectations that you may be the top scorer in WPS. What are your aspirations?

Kelly: I’m really focused on this season, that’s all my focus is on — doing well individually and collectively for the team. I have some individual goals I keep close to myself, I have my own targets I’ve set for myself this season.

LE: How about preseason?

Kelly: Not as well as I would have liked with a hamstring strain so I’m a little set back, haven’t played too many preseason games. I played 30 minutes yesterday in an intra-squad scrimmage so I’m a little way off from my full match fitness but I’m working on it and getting there.

LE: Fit for the opener? 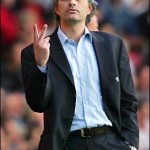 While scouting Boston area facilities for the summer World Football Challenge tournament with Inter, Jose Mourinho said each MLS team should “have two real players from Europe. Not with controlled budgets, not with financial walls, just free investment. Bring two players for every team, bring four or five coaches, responsible not just for their own teams, but for coaching the program.”

He said Inter was beginning global expansion and had “everything to learn” from the US about sports marketing, merchandizing, and investment. The financial crisis hitting European clubs and player salaries could make quality players more affordable for the low-budget, but relatively stable MLS.

“People must realize that football is now an industry,” said Mourinho, “and now every industry is not living in a very healthy way, not just football. People must think about strategies to compete and Inter must care about lots of things besides football.”

Mourinho said he had opportunities to work in the US after Chelsea and had been “quite tempted,” but probably would have responded as Beckham did. “Beckham came here with a big desire and few months later he’s very happy to go play in Europe. Why? Maybe because he was quite alone in his situation.” His solution? More David Beckhams, more European coaches for MLS.

The World Challenge is a round robin tournament featuring Chelsea, Inter, AC Milan, and Club America in six different large stadiums across the US. 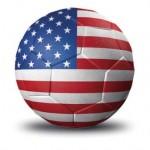 Canadian Soccer Blog
Back of the Net
Call it football