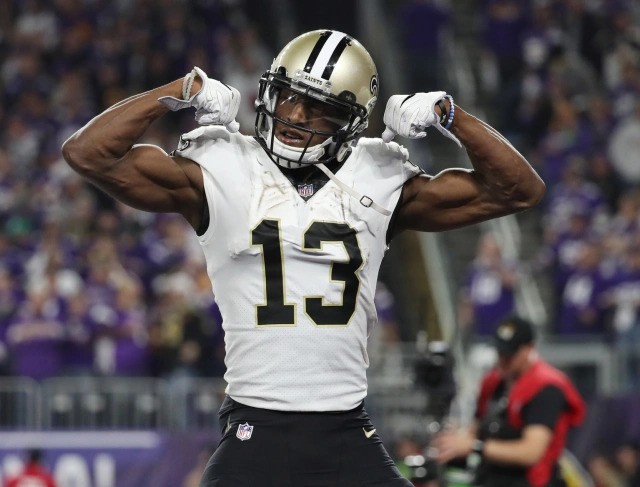 Michael Thomas hasn’t played a game since the 2020 season before returning on Sunday. The game and New Orleans Saints certainly missed him for multiple reasons. On top of him being one of the best wide receivers in football, he poses threats to the defense that can’t be replicated by many in the game.

Jameis Winston spoke about what type of threat Thomas poses to defenses and what they did in the fourth quarter that got them the win, according to The Athletic.

“The spark was know . . .  start dialing up plays by playmakers,” Winston said regarding the reversal. “We spent so much time game planning and spent so much time trying to figure out how this team was gonna play us. It got to a point we were playing behind it and we just had to let — drop them and let it go. Let our playmakers make the plays.”

“It was amazing,” Winston said regarding the return of Thomas, who set the single-season reception record in 2019. “I missed him on a third-down slant and he looked at me and gave me one of them eyes and I said, ‘Man, I ain’t gonna miss you again,’ and he was like, ‘Let’s go,’ and I was like, ‘I got you.’ Then we turned it around and we started connecting. We was on the same page from there.”

“Another great play by [offensive coordinator] Pete Carmichael, knowing that they were going to be in some type of two-high coverage,” Winston said. “We tried to put our speed guy in the middle to get him matched up on the Tampa [Two] Mike [middle linebacker]. We thought we were going to get Tampa Two. They really clouded over the top of [Michael Thomas], and Jarvis had enough space that he was one-on-one outside and he made an incredible play, like he’s been making his whole career.”

The Saints didn’t play particularly well throughout the entire game, but there were certainly some bright spots. The team will look to continue what they did in the fourth quarter next week against the Tampa Bay Buccaneers.