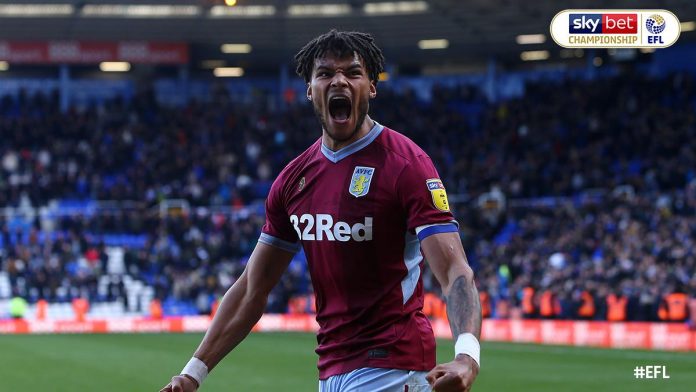 According to Sky Sports, Aston Villa defender Tyrone Mings has been called up to the Three Lions squad for the first time ahead of England’s Euros 2020 qualifiers against Kosovo and Bulgaria.

The 26-year-old has been in impressive form with the Midlands outfit since arriving from Bournemouth on a season-long loan last summer.

Mings earned a permanent £20 million move in the summer as a result, and he looks to have done enough to convince the Three Lions team selectors of his quality over the last year.

Manager Gareth Southgate and his assistant Steve Holland were at Villa Park to run the rule over the defender as Dean Smith’s men secured their first victory of the new Premier League campaign in a 2-0 win at Everton’s expense on Friday.

Former Villa star Stan Collymore was glad that Mings has finally earned a deserved call-up after putting in impressive shifts since overcoming a nasty injury, and here is how he reacted to the news on Twitter:

Well done @OfficialTM_3!! Fully deserved! Not just for the start to the season but a 4 year journey from a nasty injury.

Absolutely chuffed for you!!

Mings made his Premier League debut for Bournemouth August 2015 in a 1–1 draw with Leicester City, but he suffered a knee injury six minutes after coming on as a half-time substitute.

He spent more than 10 months on the sidelines, finally making his comeback in a 3–0 defeat to Millwall in the third round of the FA Cup on 7 January 2017

Aston Villa fans are also over the moon that their star’s hardwork has finally been rewarded with a call-up, and here is how some of them reacted:

Whoop my man so happy for him

This is absolutely awesome. 🙌🏻

People thought we overpaid for him 😂😂😂😂

but 25m is to much for bournemouths 5th choice CB pic.twitter.com/FaIykvAmX1