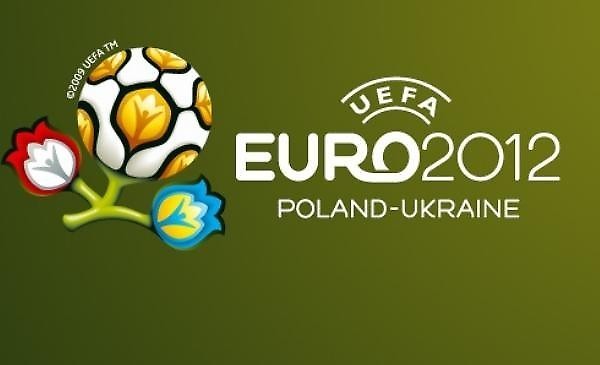 Spain are the third team to make the Euro 2012 semi-finals, after a 2-0 win over France in Donetsk on Saturday night. A goal in each half from Xabi Alonso sealed victory for the holders, with Les Bleus not overly threatening Vicente del Bosque’s men in truth.

Today sees the last quarter-final, as England enter the knockout rounds against Italy, with the winner set to face Germany in the last four. Here is the news from Ukraine and Poland that Soccerlens has been weighing up today.

Two sides under pressure to deliver after mediocre group stages met on Saturday night, as Spain and France fought it out to make the last four of Euro 2012. The world champions had topped Group C without ever really looking at risk, but also failing to capture the imagination, whilst France finished runners up in Group D after a win, draw and loss. 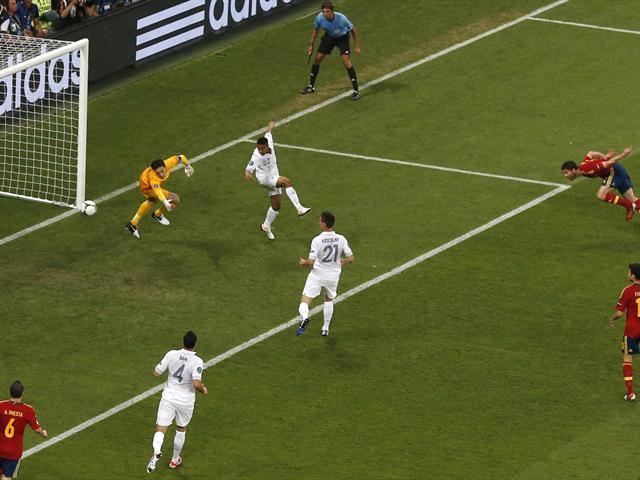 Some pundits were predicting a tight game, but in the end Spain were too good for a lacklustre France, and prevailed 2-0 to make the semis. Vicente del Bosque opted to field a side without an out-and-out striker once more, as Andres Iniesta, David Silva and Cesc Fabregas played as the men furthest forward. France replaced the suspended Phillippe Mexes with Arsenal’s Laurent Koscielny, whilst Mathieu Debuchy started in midfield rather than defence in place of the benched Samir Nasri.

La Roja took little time to set the tone for the match, as the likes of Xavi and Fabregas started to dominate possession. Les Bleus were starved of the ball, and when they did have attacking impetus Franck Ribery and Karim Benzema looked isolated and bereft of creative ideas.

The deadlock was broken midway through the first 45 minutes, with the unlikely goalscorer deep-lying midfielder Xabi Alonso. Good work down the left flank by Jordi Alba saw him outstrip Debuchy before picking out a pinpoint cross to find the advancing Alonso unattended at the back post, with the Real Madrid man wrong-footing Hugo Lloris with a powerful downward header.
Laurent Blanc will have been frustrated with the manner of the first goal, as Debuchy was selected in midfield to limit the offensive nature of Alba. Anthony Reveillere looked positionally naive at right-back, and was caught out by the Spanish widemen on more than one occasion.

Blanc sent his side out to try and get back in the game after the interval, but despite having more of the ball in the second period France failed to really ever trouble Iker Casillas or look like levelling things up. Yohan Cabaye tested the Real Madrid goalkeeper with an accurate free-kick from distance, and Benzema had a few half chances, but the holders looked comfortable. Jeremy Menez, Olivier Giroud and Nasri were all thrown on, but the trio had a limited impact.

Del Bosque also rang the changes in the second period, with Fernando Torres and Pedro coming on for Silva and Fabregas, and the fresh pair gave La Roja a different attacking threat. The Barcelona attacker had a role to play in Spain’s decisive second goal close to the end, as he used skill and pace to draw a foul from the hapless Reveillere and win his side a spot-kick. Alonso, who fittingly was making his 100th appearance for his nation, stepped up to assuredly stroke the penalty home and put the result beyond doubt.

French fans will be disappointed with their Euro 2012 campaign, especially due to the lack of attacking or creative play displayed by the team. Although Les Bleus were not one of the favourites going into the tournament, they were coming off the back of an undefeated run that spans back almost two years and included the scalps of the likes of Germany, England and Brazil. Blanc’s contract with the nation now expires, and the former Bordeaux man may well be replaced as Les Bleus need a shot in the arm ahead of World Cup qualifying. 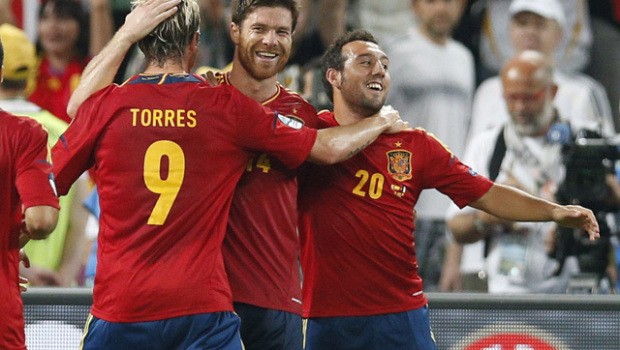 Spain meanwhile progress to take on Iberian neighbours Portugal in the next round for a place in the final. Although Del Bosque’s men never really looked like they would do anything other than win against a blunt French side, they still have not fully inspired their fans that retention of the European Championships trophy is guaranteed. Cristiano Ronaldo and a more lively Portuguese attack should test the Spanish rearguard more than any of the other four sides they have face so far.

Coach Del Bosque’s tactics will be crucial in deciding whether the Spaniards can win this tournament. It is almost apparent that the trainer has too many strong players at his disposal, and his biggest challenge is to keep all the superstars happy and firing. The introduction of Torres and Pedro showed a different dimension to their attack, and La Roja must now decide whether to bank on the trickery of their midfield players or sacrifice the likes of Fabregas for the penetration of more direct forwards.

England skipper Steven Gerrard has admitted that he is dreaming of making the latter stages of Euro 2012, and will look to inspire his side to glory against Italy on Sunday.

The Telegraph indicate that Roy Hodgson’s men must limit the possession and impact of Andrea Pirlo, as the deep-lying playmaker is pivotal in driving the Azzurri’s attack.

Balotelli pros and cons weighed up

The Guardian examine the potential effect of Mario Balotelli in the clash between England and Italy, and ask whether the Manchester City forward’s abilities outweigh his baggage and ill-discipline.

France midfielder Samir Nasri is believed to have had an altercation with a journalist from his homeland after Les Bleus’ elimination from Euro 2012; the playmaker has complained of unjust criticism from the French media.

By this time tomorrow we will know the remaining four teams in the quest for Euro 2012 glory, as either England or Italy will take their place in the semi-finals; drop by for all the latest news, views and opinion from Ukraine and Poland.