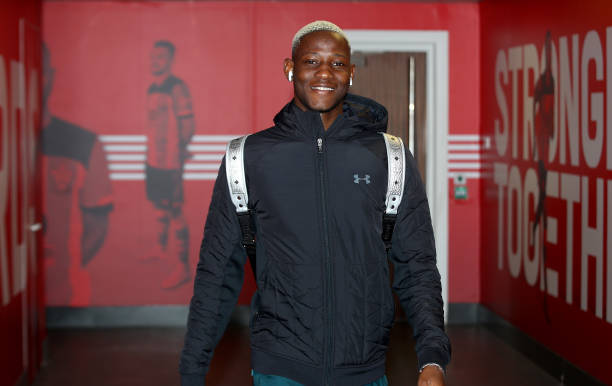 Aston Villa host Southampton on Saturday in a huge six-pointer, and Dean Smith’s men have to pick up all three points to avoid dropping into the relegation zone.

Both teams have picked up just 15 points each from their opening 17 Premier League games of the season, and 17th-place Villa are only a place above the Saints on goal difference.

Weekend’s clash is huge for both sides, but Southampton have been dealt a massive injury blow that could boost Villa’s chances of getting a win.

As confirmed by Saints boss Ralph Hasenhüttl, Malian winger Moussa Djenepo is unavailable for selection for the Villa trip due to a hamstring injury.

The manager confirms #SaintsFC will be without @MoussaDjenepo2 this weekend, due to a hamstring injury. pic.twitter.com/X45qhoyXYW

While the 21-year-old has scored just twice and assisted once in 10 games since arriving at the Saint Mary during the summer transfer window, he has been one of Southampton’s greatest attacking threats with his direct style of play.

Djenepo’s defensive contribution is also very strong, and his absence is a blessing for Villa.

The Midlands outfit need all the help they can get on Saturday, and it’s safe to say Southampton’s blow is a boost for them.

Villa have won just once in their last eight league games, losing six, and they need to quickly arrest the slump with a much-needed victory on Saturday.