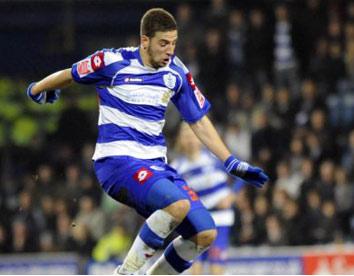 When first examining scoring stats, we found there were big differences between how reliant individual leagues were across Europe on one player.  After some more digging, we found there are significant differences between how important individual players are between Leagues across Europe: in Italy and Germany, in particular, it is important to have a spearhead – one pivotal player who’s chiefly involved in creating, or finishing goals. In Spain, and particularly England, there isn’t this same predilection for one player contributing more (by way of Scoring Stats – goals and assists) than any other particular player.

But how does this compare across the tiers of football in one country? It’s because of the Premiership’s mathematical preference for a balanced attack that England was chosen for this analysis – aiming to see if this balance is reflected throughout the lower levels of football. Defined briefly, a Team Leader is the player who has the greatest number of combined goals and assists for his team, which displays the number of goals they have directly contributed to their team’s cause.

To summarise, there is very little difference in the average contribution made by a club’s team leader across the four divisions. However in the lower leagues, the contributions are much less consistent – rather than having most team leaders contributing around the average for their division, there is a much wider spectrum for how much a certain player contributes to their team.

Where range shows the lowest and highest contributions by percentage by a Team Leader.

What this shows is that there isn’t really a large difference at all between how much a team scores on average across English Football. What is obvious is the considerably smaller range in which the Premiership operates – when subtracting the outlier Tevez, range drops from 26.32 to 16.32 and the average contribution by a team leader descends to 31.63%. There aren’t the stark outliers in the three lower tiers meaning no further adjustments are possible. This allows us to assume that EPL clubs need to fit into a much tighter band – their top scorer needs to contribute to nearly 24% of their goals, but defences and tactics are such that involvement in over 40% is both unlikely and risky. Having one player generating so much of their scoring also makes a club much easier to stop.

Aside from the Statistical Wonder Tevez, the greatest difference between leagues was generally which way these figures “trended”. In the Premiership, Championship and League Two there was a slight decline in how reliant each club was on their team leader as their league position worsened – ie. a higher-placed club tended to have their team leader contributing to a higher percentage of their goals. In League One, this trend is reversed as lower ranked clubs appear increasingly more reliant on their spearheads. This, as we will see, is primarily due to the efforts of Will Hoskins at Bristol Rovers, Danny Green of Dagenham & Redbridge and Craig Westcarr of Notts County.

What we also found was that in almost every case – except League One – one of the clubs in the Top Seven had the highest contribution by a team leader per League. That is, Carlos Tevez leads the Premiership in goals he’s contributed to for his team, providing a goal or assist to 50% of City’s scores. In the Championship, the leaders are Adel Taarabt of leaders QPR, Danny Graham of Watford (12th) and then Grant Holt of Norwich (2nd) and Reading’s Shane Long (5th). It’s a similar story in League Two as the three highest contributors by percentage play on teams ranked third, seventh and ninth.

The message best understood from these figures is this – although QPR boast a player with sublime skills in Adel Taarabt and Norwich City operate according to the rebirth of Grant Holt, it’s possible they are too reliant on their star men. The Welsh sides chasing their Premiership dream are perhaps best equipped to function in the top division. The Bluebirds are especially gifted as they boast a number of scoring options including England international Jay Bothroyd, loanee Craig Bellamy, Michael Chopra and last year’s division top-scorer Peter Whittingham. Should QPR or Norwich – tighter defences or not – gain promotion, they could well find themselves in a Blackpool situation: unable to balance attack with defence due to their reliance on one player.

This is perhaps the defining dichotomy of the Championship – a strong Team Leader is needed to progress to the Premiership; but then to spread the wealth offensively when you get there. It’s a very fine line and coaches can be easily forgiven for wanting to persist with the tactics that achieved them promotion. But, to paraphrase the most tried of cliches: nothing ventured, only parachute payments gained.

For more analysis and opinion, shoot across to Matthew Wood’s blog, Balanced Sports.