Argentina forward, Carlos Tevez, has all but let it be known that China is his next career destination after an emotional send-off at Boca Juniors on Sunday. Tevez, who started his professional career at Boca, is set to earn a staggering £615,000 per week at Shanghai Shenhua which is enough to make him the world’s highest-paid footballer, as reported by ESPN FC via Ole and La Nacion.

Tevez’s decision has been met with disbelief across the world, but this is a transfer that could catapult the Chinese Super League to another level. Tevez, after all, is a genuine A-list star in the world of football, despite his age and the fact that he last played in Europe in the 2015 Champions League final.

The cash-rich Chinese Super League has made waves in the recent past with its seemingly endless pockets. It has brought in players of the calibre of Jackson Martinez, Ramires, Hulk, and Alex Teixeira in big-money deals to signal China’s intentions of becoming a global footballing superpower. 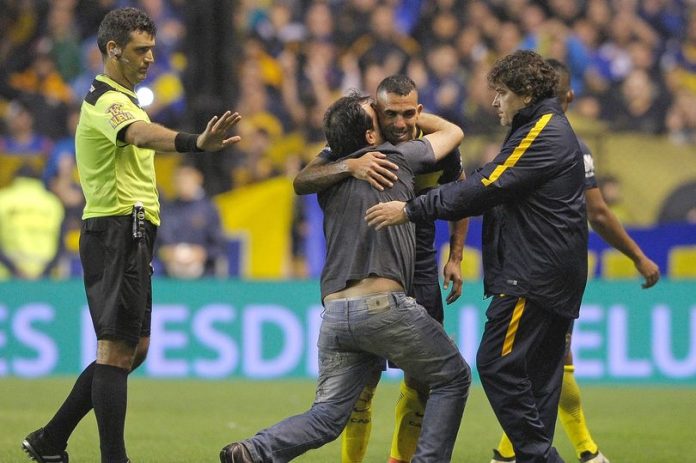 Those players aside, Chinese clubs have also roped in World Cup-winning managers like Luiz Felipe Scolari and Marcello Lippi, alongside managers who had success in Europe, like André Villas-Boas, Felix Magath, and Manuel Pellegrini to help improve the league’s profile. Despite all that, it is a move like the one to bring Tevez to the “wild east” that will crank up the Super League’s global reach machinery.

Tevez is one of the most popular players in the world, having played for some of the biggest clubs. He was at his peak in Manchester, where he was part of both Manchester United and Manchester City’s glorious recent history. At Juventus, he sported the hallowed number 10 shirt and was a key cog in Max Allegri’s side that reached the Champions League final in 2015. It would be safe to say that in Tevez, China will have the privilege of having a modern day superstar strutting his stuff in its backyard.

Didier Drogba’s move to Shanghai Shenhua in 2012 had a similar star value, but the Ivorian’s swift return to Europe rendered it a blot on the league. There are parallels of Tevez’s impending move with Drogba’s, but there are also certain differences.

Although past his peak, Tevez is a year younger than what Drogba was when he moved to China. Besides, the Chinese Super League has acquired a new identity in the recent past, something which wasn’t the case in 2012 when Drogba moved. The impact of those jaw-dropping deals to bring on board the likes of Ezequiel Lavezzi and Hulk has created a space for the Chinese game in football’s discussion boards.

What Tevez will bring to the already-proliferated foreign ensemble in the Super League are the added star value and global profile. He could also usher in an era where it would become commonplace for top-level footballers to contemplate a move to China in the early stages of their careers, and not as something of an Indian summer.

Tevez’s dogged determination in the way he plays is equally well-known, as are his exploits in front of the goal. If that doggedness can inspire a new generation of footballers in China, then it won’t be long until we see a new face of Chinese, as well as Asian, football.

The best and worst transfers between Premier League rivals

Report: Carlos Tevez set to retire from football in 2019

Diego Simeone: ‘Ex-Manchester United star would be ideal for us’