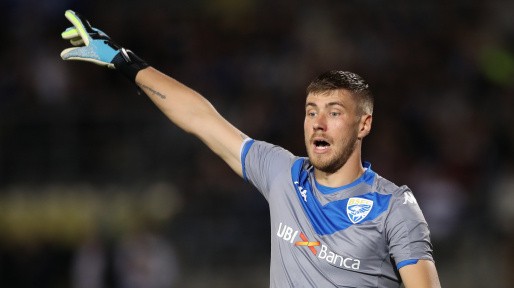 According to Corriere Della Sera (via Sports Witness), Aston Villa are interested in Brescia duo Jesse Joronen and Jhon Chancellor.

Villa confirmed their second signing of the transfer window yesterday, with record-signing Ollie Watkins reunited with former boss Dean Smith. Watkins put pen to paper on a five-year deal after Villa agreed a fee with Brentford of £28m, potentially rising to £33m with add-ons.

Just a few days earlier, Villa Park welcomed Nottingham Forest right-back Matty Cash for a fee of £16m, but Smith and Villa aren’t done yet, as their attentions turn overseas.

Keeper Joronen (27) is well-known to Villa’s sporting director Johan Lang, and is considered one of the many success stories during Lange’s tenure at FC Copenhagen. The Finland international joined Copenhagen in 2017 for a fee of around £800,000. After a short stint in the Danish league, Joronen was sold to Brescia the following year for a significant profit.

Villa are in the market for a new keeper, despite having signed three in the space of two years. But with number one choice Tom Heaton set to miss the start of the season through injury, and Orjan Nyland’s inconsistent form, they are keen to bring in a solid replacement.

Jhon Chancellor (28) is also on Villa’s radar. The 28-year-old Venezuelan international is a regular starter for the recently relegated Brescia. With the worst defence in the Premier League last season, Villa are eager and itching to strengthen at the back.

It is believed that Brescia owner, Massimo Cellino, is negotiating with Villa and Watford in regards to both players.