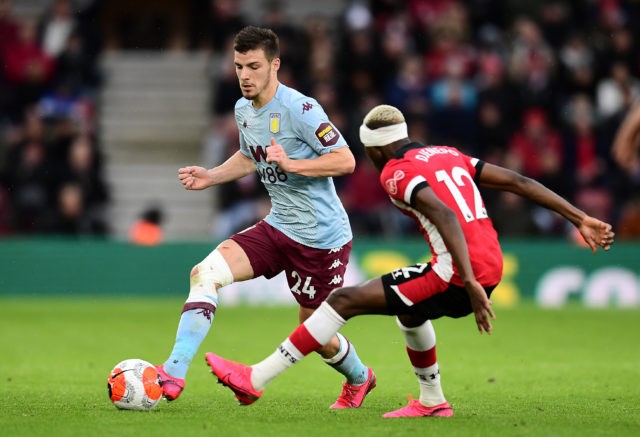 According to L’Équipe (via GFFN), Aston Villa want to sell French right-back Frederic Guilbert this summer following the arrival of Matty Cash.

We are delighted to confirm the signing of @mattycash622 from Nottingham Forest. 🤝

Join us in welcoming him to the club!#AVFC

The Villa Park outfit splashed £16 million on the Englishman from Championship outfit Nottingham Forest, and are now looking to cash in on the Frenchman.

Guilbert joined Villa from Normandy side SM Caen for £4.4 million last summer on a four-year deal, making 28 appearances across all competitions.

He ended his debut campaign with two assists, and it appears that manager Dean Smith hasn’t been impressed.

The 25-year-old, who can also play at left-back and at centre-back, isn’t short of suitors, and L’Equipe claims that a number of Premier League and Championship clubs have become alerted to his situation.

A return to France is also on the cards for Guilbert, and it will be interesting to see what happens in the coming weeks.

Cash, 23, ended last season with three goals and five assists in 42 league games, and is expected to be Villa’s first-choice right-back when the new campaign begins.

The versatile player is also solid defensively, once making 11 tackles in one match against Luton last year, and it seems that Smith sees him as an upgrade on the Frenchman.