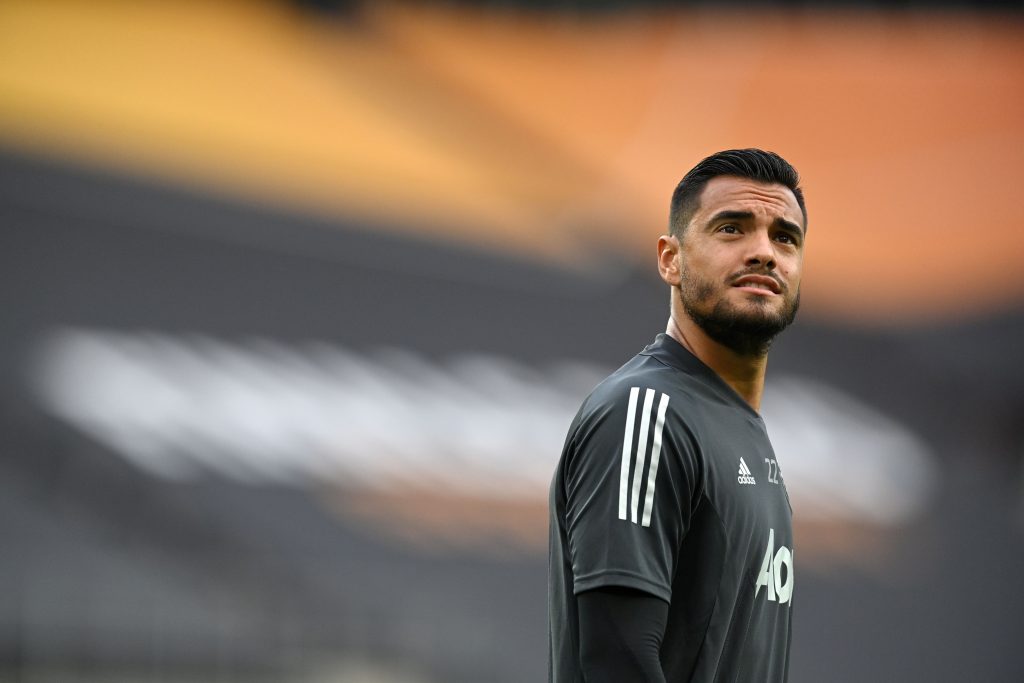 According to The Athletic’s Laurie Whitwell, Aston Villa have shown the most interest in Manchester United goalkeeper Sergio Romero, but they will have to part with around £8million to £10 million in order to land the Argentine as the Red Devils want to sell him rather than loan him out.

Everton have also been linked with the former Sampdoria man, with manager Carlo Ancelotti keen to provide quality cover and competition for Jordan Pickford.

However, the Toffees aren’t likely to pay that much for a second-choice goalie and are looking at free transfers for that role.

Villa want to boost their goalkeeping department after Pepe Reina left following the end of his loan deal, and Romero will definitely keep both Tom Heaton and Orjan Nyland on their toes.

The 33-year-old currently earns £100,000 per week at Old Trafford, and that could be a stumbling block as far as a move to Villa Park goes.

Dean Smith’s side can’t afford to pay the Man Utd star that much, and the Red Devils would need to come to an agreement with him if Villa or another club were unable to match that salary.

While the Argentina international is now behind Dean Henderson and David de Gea in the pecking order at Ole Gunnar Solskjaer’s side, he will fancy his chances of being first-choice at Villa having kept 39 clean sheets in 61 games for the Red Devils and won them the Europa League.