France
Home News redknapp and mcleish deserve to be sacked 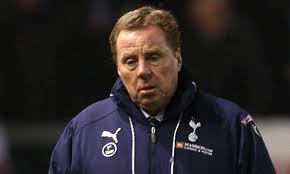 Last week I wrote an article highlighting Tottenham’s failings and reasons for their recent collapse. Poor defending, a lack of squad rotation, the mental strain for Harry of managing Spurs while dealing with his court case along with dodgy tactics on the pitch were the problems I felt Spurs had. Well having seen not only our gutless 1-0 loss to QPR but the rumours on Twitter and in the press that Harry has fallen out with at least four members of the Spurs squad, I have bitten the proverbial bullet and am now calling for his sacking at the end of this season.

Am I being ungrateful? Quite possibly. Has Harry given me my best times as a Spurs fan? Undoubtedly. Do I enjoy calling for his head? No. Does anyone even particularly care about my opinion? Probably not. But frankly I’ve had enough now of our poor form, increasingly farcical excuses and rotten, unimaginative tactics.

See a typical game from our recent run of 6 points in 9 league games. We have a side with few injuries and few suspensions, so with the exception of Tom Huddlestone, Michael Dawson and the intermittent absences of Ledley King, Niko Krancjar and Aaron Lennon we’ve had an entire squad fit and available which is pretty good for this late in the season. Well we start OK, don’t play badly but don’t score, concede a silly goal through lax defending, see either Lennon come off for a striker so Rafa can play on the right, or Rafa himself will trudge off (knackered because he’s simply not very fit) for a striker to come on, run around for a bit and not score. Harry will then say we played well and were unlucky to lose or draw. Well it’s not unlucky if it keeps on happening. In the same way that Liverpool can’t solely blame luck for their habit of battering teams, hitting posts and crossbars and finding new ways to contrive to not beat lowly sides, it is not bad luck that Spurs on current form are garnering a similar number of points to a particularly indisciplined driver.

Harry’s excuses and dealings with the press are becoming really grating and wearisome. The jocular jokey smiling man earlier this season is now grumbling with a surprising lack of grace. QPR at the weekend ‘Didn’t give Brad a shot to save’ and their goal was ‘a poor free kick’. Against Everton we apparently dominated the entire second half, ‘they didn’t have a kick’. We’re ‘not playing badly’ constantly. After our loss to Norwich he had a pop at the fans, saying ’against Sunderland the fans we were too defensive so I play two up front today and we get beat’ as if playing two up front at home to Norwich was shockingly attacking. He said about QPR and Sunderland that they put everyone behind the ball, as if managers were powerless against ultra-defensive teams which is complete nonsense, it’s a manager’s job to get his players to unlock packed defences. He ‘doesn’t have many options’ in the squad despite having 37 players under contract. He even said yesterday (25/04/2012) that we’re still in 4th place in the Premiership (Harry, we’re 5th).

As a fan, let me point out some basic points. Are we playing well? No. We’re playing badly, tiredly and with no cutting edge or penetration whatsoever. We’ve not scored a goal away from home since our 2nd against Arsenal in late February, four games and over 400 minutes ago. We’ve only attained three points away from home in the league 2012 (three 0-0 draws and four defeats) and six points from our last nine league games (home and away). We’ve lost by an aggregate of 10-3 to our fiercest rivals Arsenal and Chelsea. We’ve gone from a safe 3rd place to struggling to cling on 5th. Last season a similar collapse saw us attain nine points from ten matches and see our chance of qualifying for another Champions League campaign disappear.

Despite our miserable run the same team is picked and the same tactics used game after game and loss after loss. I pointed out last week how nine of our players had made 27 Premier League appearances compared to two Manchester United players. But is Harry changing tactics or rotating the squad? No. Even Harry the surprising tactician who almost won us a match at Stoke with a superb switch to 3-5-2 in the second half now plays 4-4-1-1 or 4-5-1 (with Lennon replaced by another central midfielder so Rafa supposedly plays wide right even though he never does) every game. Every week opposing teams press us high up the pitch to disrupt our passing game, and every week it works. Spurs’s style been found out and Harry’s doing nothing to change it.

Then on Sunday on Twitter and in a few of this week’s newspapers came the story that Harry has fallen out with Emmanuel Adebayor with Lennon, Kaboul and Walker also unhappy. Given that Redknapp’s supposed strength is as a man-manager and an excellent motivator, if he doesn’t do tactics, run training sessions and now can’t man-manage effectively, what does he do? (Give interviews poking his head out of car windows to Sky reporters is the glib response). Of course this story could be complete bollocks and everything in the Spurs dressing room is hunky dory. The lack of any denials would suggest that story has elements in truth. Not to mention the poor and dispiriting body language in the loss to QPR. The players had the air of men who knew they could play till midnight and not score a goal. And also the air of players fed up and perhaps knowing the manager was leaving. It was worrying and awful to watch because there’s nothing worse than watching players for whatever reason not give it 100%. Spurs have four games left this season with three of them against teams battling to not be relegated.  Will we win any of them? Doesn’t look like it. Even Villa might get something from their match against us. And Villa are awful.

That leads me to the conclusion of today’s work. Alex McLeish is succeeding on his quest to relegate as many Midlands clubs as possible, taking an average but not eminently bad side and turning it into a dreadful side who provide all the entertainment of watching a fish finger defrost. Buying Alan Hutton was a bad start, because from his time at Spurs I could have told you Hutton’s method of defending is to stand five yards off the opposing winger and hope to block or deflect the cross or pass, and also that he can’t cross or tackle. He’s utterly rubbish and for him to be playing regularly shows you how utterly rubbish Villa are. For a side that is pathologically negative and has two big lumps in defence in Richard Dunne and James Collins, they are statistically the worst side in the Premiership at both defending and attacking set-pieces. That beggars belief. Against Bolton the whole team had a pass completion percentage of 56%. Now pass completion statistics don’t tell the whole story, but 56%? Even Cambridge United under John Beck playing the most Spartan brand of long ball football imaginable would see more than 56% of the defenders clearances to Dion Dublin up front be completed.

Villa are bad, and provided by far the worst performance seen at White Hart Lane this season (they lost 2-0, could have been 10. Even Stevenage gave us much more of a game). They have been unlucky with the dreadful news about Stiliyan Petrov being diagnosed with acute Leukaemia and I wish Stan and his family a good and strong recovery.  But a team of their calibre, with their fanbase and their recent history of pushing for a Champions League place should be nowhere near the relegation zone. They are paying the price for selling players as a possible midfield of Young-Barry-Milner-Downing has been sold, though with teams overpaying arguably for all four of those players it’s understandable why they were sold.

However it was the owners who appointed McLeish, the sort of guy who as a teenager was probably getting off to pictures of Helenio Herrera and articles about Catenaccio while his mates were gawping at pictures of nude ladies found in their Dad’s porn stash in the garage. He is pathologically defensive and negative yet can’t coach a defence to defend or score from a corner and has inevitably blunted the attacking talents of Gabby Agbonlahor, Charles N’Zogbia, Marc Albrighton and others. Villa are being dragged into the mire similar to how Birmingham last season looked safe before folding late in the season, and McLeish at the end of the season will surely be sacked and never darken the Midlands doorstep again.

McLeish will be sacked at season’s end. Redknapp should be.