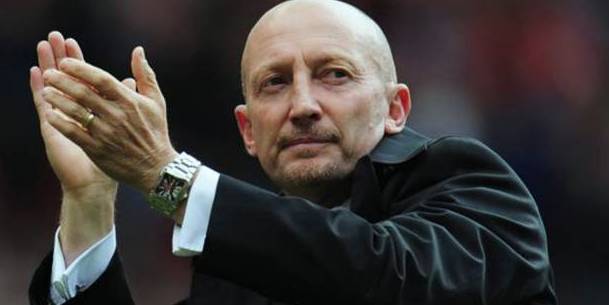 Crystal Palace have been at the top flight of revamped Premier League football before, four times, and in each case, all they suffered is ignominy. Surely, they cannot draw any such confidence looking back at their past history in the Premier League.

But, under Ian Holloway, there is a sense of optimism, this time around. Last time, when he was a Premier League manager with Blackpool, he earned plaudits for deploying a free-flowing, eye-catching and cavalier approach, despite his side getting relegated. And he will try to bring the same flair and approach with Palace too.

However, the task of surviving is not easy, having lost star winger Wilfried Zaha to Manchester United. The youngster, a product of the academy was the primary architect of Palace’s promotion last season. The task of survival is daunting, as Holloway will also be without the club’s top goal scorer Glenn Murray, who is out with a knee ligament injury until next year.

Holloway has described the summer as an “absolute nightmare” as he struggled to add sufficient bodies to his squad ahead of the new season.

“I have had to turn my phone off because it’s on meltdown. It’s an absolute nightmare but once you sift through it, using my 18 years of experience as a manager, we will get some good signings in. I might need five, six or even seven.”

In absence of Murray, Holloway will have to rest his hopes on veteran Kevin Phillips and new arrivals Jerome Thomas on a free transfer, £4.5 million rated Peterborough striker Dwight Gayle and Arsenal misfit Marouane Chamakh, who has signed a one-year-deal with the Eagles. Chamakh, was one of the hottest properties of Europe, when he was signed on free by Arsene Wenger, but has failed to live up to the expectations at the Emirates, and possibly this presents his last chance to represent a Premier League club.

However, if the reports are to be believed, Palace are looking to buy proven Premier League striker Darren Bent, to solve their goal scoring problems. Bent has had a frustrating time under Paul Lambert at Aston Villa and is desperate to move. Likewise, the London club are also being linked with a move for Manchester City’s winger Scott Sinclair, who would definitely bolster their squad to a huge extent.

Usually, defence remains the major suspect for any new teams and Palace are not exceptions. Palace have experience at the back but whether that can cope with the pace of the Premier League, is yet to be seen. Goal keeper Julian Speroni has been the epitome of consistency for the Eagles, serving the club for over nine-years, while at right-back Joel Ward looks an exciting prospect.

Holloway has added few familiar faces, picking up Stephen Dobie and Elliot Grandin, the ex-Blackpool boys and both would relish the opportunity that lies ahead. Likewise, a lot will depend on the performances of key players like midfielder Mile Jedinak, young Jose Campana from Spain and Wales international Jonathan Williams.

Playing in the Premier League is in itself a huge motivation and certainly the outspoken Holloway can lift the spirit of his players and prepare them to rise up to the challenge. However the question is, do they have the squad to survive? May be, the fifth attempt could prove to be a success.