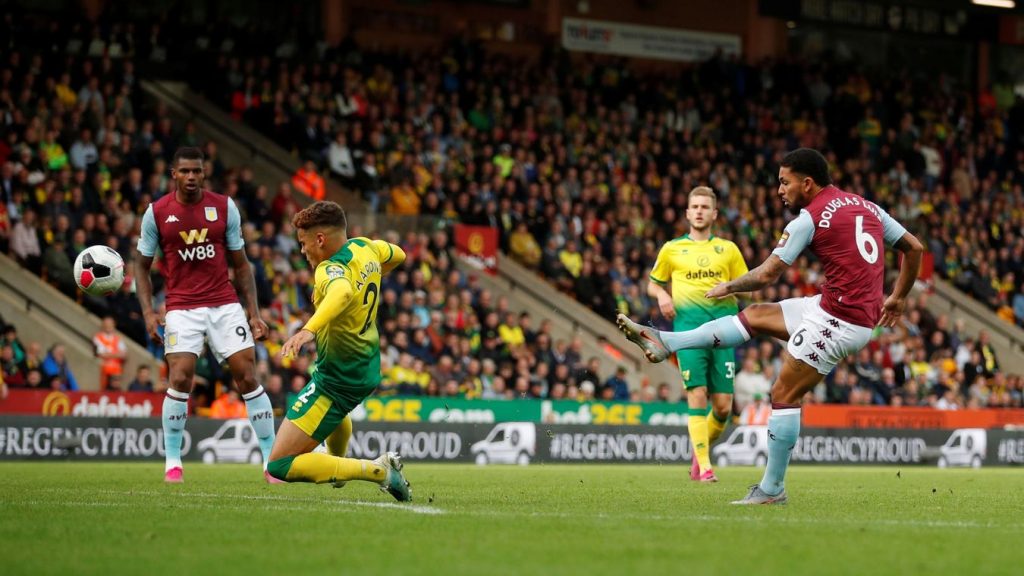 Aston Villa will be faced with their toughest test of the Premier League campaign so far when they visit the Etihad Stadium to clash with Manchester City tomorrow.

Villa have everything it takes to cause an upset, and the fact that Norwich City – who they demolished 5-1 – and Wolverhampton Wanderers did it will give them some hope.

Without a doubt, Man. City have the better players by far, but the Midland outfit also have quality players that can hold their own against the Premier League defending champions.

Summer arrival Douglas Luiz will be looking to prove a point as he returns to the Etihad, and the fact that Guardiola thinks he has what it takes to feature for his star-studded squad speaks volume.

The 21-year-old joined Villa from City after two seasons at the Manchester club, leaving without making a single appearance due to work permit issues.

“He would’ve been here, but without a work permit, it’s not possible. We sent him on loan too, now he’s in Aston Villa. I think we have an option to buyback but life is like that,” Pep told M.E.N

“We wanted him because we had problems in that position last season, we didn’t buy a holding midfielder till 3rd or 4th season, but rules here didn’t allow it. When he played in the States, he was really good. I think he has the quality to play with us.”

The Brazilian has featured in seven league games for Smith’s side, scoring twice and has been one of their best players.

Luiz spent the last two seasons on loan at Spanish side Girona, and will now look to establish himself as a Premier League star.

Should he keep improving and performing well on a consistent basis, a return to City can’t be ruled out.