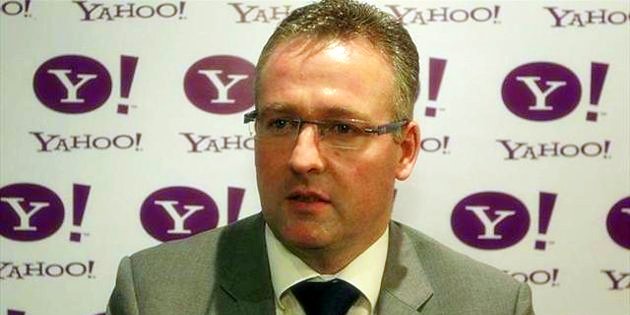 Read part one of the Paul Lambert interview here.

Aston Villa currently sit third from bottom, level on points with 17th placed Wigan but behind on goal difference. They are heading to the Madjeski stadium to face their relegation rival Reading this weekend.

A few days ago, Yahoo spoke to Villa manager Paul Lambert as part of their deal with the League Managers Association about Villa’s current season, Benteke, team selection, etc. They got hold of Lambert again to record the part two of their interview with him.

Question: Why did you decide to get your coaching badges in Germany rather than Scotland or England?

Paul Lambert: I knew it was really tough to do it over there and it was harder than I had expected actually. I loved doing it, but it’s probably the hardest thing I have ever done outside of playing abroad.

The course lasted virtually an entire year and I started it during my last season at Celtic. Martin O’Neil was fantastic and let me go and do it which meant I was commuting to Germany Sunday through Thursday.

At the end of the year I think you had to pass seven exams, and they weren’t all football related, there was medicine and psychology for example. It doesn’t matter whether you’re 30 or 40, once you know you have to prepare for exams, it can become a bit nerve racking.

I met a lot of good people when I was in Germany and we became a really close group, there were about 18 of us including some really big former players who had won the World Cup. Everything was in German too, so it was really tough but it was a great experience.

Q: What was it about the German system in particular that appealed to you?

PL: I really liked the way they went about it, the organisation and the psychology of their game, they simplified everything. The discipline and the respect they had for each other and for their football club was vast.

I think because I played there I always wanted to know exactly how they did it, why the Germans are so mentally strong. In order to find out you need to go and spend time in the country to see how it all works. Once you are in the dressing room everyday and speaking with them, you understand how mentally strong they are.

Q: You only spent one season playing at Borussia Dortmund, a campaign in which you won the Champions League; do you wish you had stayed in Germany longer?

PL: The reason I came home was because my son wasn’t well, but the way things were going at Dortmund I could have seen out my career there.

Similarly, I had offers from other big European teams who I turned down because I was happy where I was, plus I had a fantastic rapport with the Dortmund fans. Dortmund is a phenomenal football club, playing abroad is something special, and I was fortunate that when I was there we had a brilliant team.

Q: The Bundesliga is thriving at the moment with fan-owned clubs, low ticket prices and a strong emphasis on home grown players, what can other countries learn from the German model?

PL: Low ticket prices can help you to maintain the large fan bases, it is big business and I saw that even when I was over there. The games always sell out and you can be in a stadium ninety minutes before kick off and they’ll be jam packed, but in Britain fans typically flood in with about 15 minutes to go.

German TV coverage is excellent too; they don’t approach football as a hobby but as a profession. Also, the investment prior to the 2006 World Cup means that the stadiums are fantastic which all adds to the strength of the Bundesliga.

Q: How do you see the battle between Jurgen Klopp and Pep Guardiola panning out next season?

PL: I think everyone can see how good Bayern are at the moment and what they are doing under Jupp Heynckes. Jurgen Klopp was on the same coaching course as me and you can see what a transformation he has made at Dortmund.

In fact, if you think of one team who might be a good outside bet for the Champions League then that would be Dortmund because of the way that they’re playing and the young, enthusiastic lads that they have in their squad. Plus their fan base is huge.

Jurgen has done a phenomenal job at Dortmund, he has been a revelation for the team and for the crowd who have bought into the way he manages. After winning the Bundesliga back-to-back the previous two seasons, it seems at the moment that Dortmund’s priority is the Champions League and this year they have made the quarter finals.

Similarly, Bayern Munich are running away with the league and everyone saw how strong they were against Arsenal. When Pep Guardiola joins them in the summer that will really enhance them further and Dortmund will have to match that.

Q: Do you have any ambitions to manage overseas in the future?

PL: You can never say never because you just don’t know what is going to happen, it’s like being a professional footballer when people ask you the same question really. I loved my time abroad and I think it’s great for your education to experience a different environment. If you get the opportunity it’s a great thing to do.