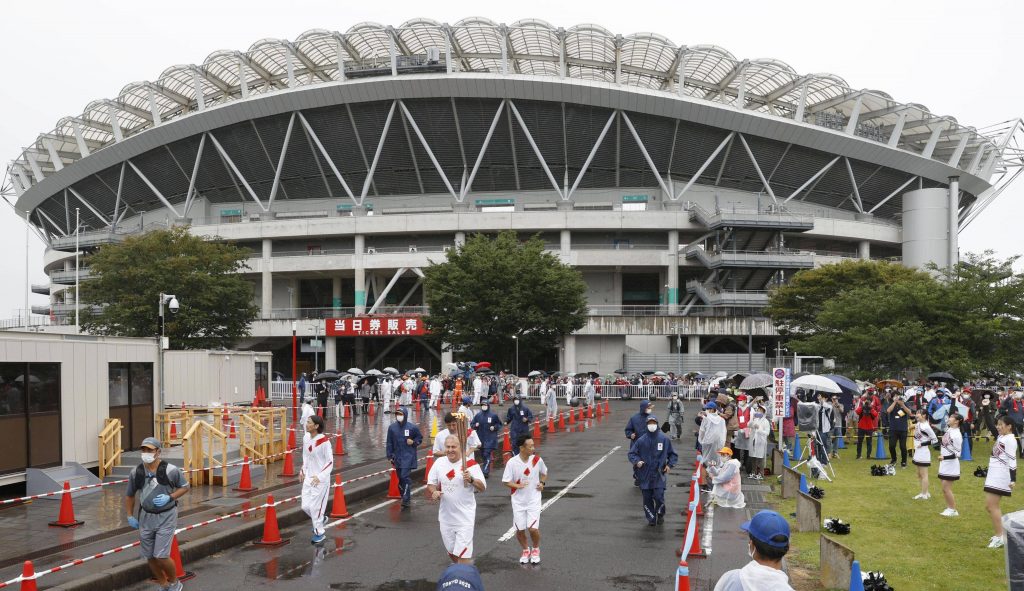 Olympic football always has a chunk of uncertainty due to FIFA empowering clubs to decide whether to release their top players.

This tournament can be a great leveller where traditional heavyweights can end up with weak contingents.

There is also a glorious history of sowing the seeds for future champions who seize the opportunity and burst into global reckoning.

The kick-off is on July 21 and the final is played in Tokyo on August 7. There are four groups of four teams and two teams from each progress to the knockout stage.

As the single coach, Hajime Moriyasu has been intelligently blending the senior & U23 squad.

15 players have represented the national team, including a strong showing in Copa America 2019.

Their three overage players have World Cup 2018 experience and are led by Mayo Yoshida, a senior team captain with 100+ caps.

This foundational experience can be well leveraged by a new era of talented youngsters including:

With a well-oiled team, smart squad selection and crucial home advantage, it can be an ‘It’s Coming Home’ moment for Japan.

They badly want to erase the agony of recent misses as losing finalists at AFC 2019 to Qatar and both EAFF E1 2019 /Asian Games to South Korea.

Despite being the 2012 Olympics gold winners and muscled by the arrival of Guillermo Ochoa as an overage goalkeeper, Mexico are expected to have a limited run with their local LigaMX squad.

With the CONCACAF Gold Cup underway in July, they are unable to leverage their senior national squad.

Coach Sylvian Ripoll could have lined up the strongest youth squad at the Olympics, but most of the top youngsters won’t be on the flight to Tokyo.

Club pre-season priorities have taken priority, and only two players from the recent U21 UEFA 2021 squad make the cut.

They are left to rely on the Mexican import duo of ageing warhorse Andre-Pierre Gignac and mercurial Florin Thauvin for some inspiration.

On paper, this team can end up being an early casualty like their illustrious seniors at Euro 2021.

Coach Kim Hak-Bum will be expecting to cruise through Group B as winners. They will also be fueled by the task of winning in the backyard of their biggest footballing rivals.

They caused an early ripple by deciding to exclude Spurs’ Hueng-min Son to preserve him for the upcoming season.

Nevertheless, the team is well balanced with a core of 15 players from the U23 AFC 2020 winning squad.

For defensive solidity, South Korea has reinstated overage Kim Min Jae, who was picked in the Team of Tournament at AFC 2019 and as the best defender at EAFF E1 2019.

But the key standout players will be:

They are expected to run into one of Brazil/Argentina in the semi-finals.

Spain arrive in Tokyo with the strongest squad. They have reversed the tide of club non-commitment to Olympics with the timely intervention of the Spanish FA.

Apart from Euro 2021 players in Unai Simon, Eric Garcia, Pau Torres, Pedri, Dani Olmo and Mikel Oyarzabal, coach Luis De La Fluente has ensured the selection of 18 players who were the core of the U21 UEFA 2019 (winners) and 2021 team that he managed.

At 25 and recovered from a long injury lay-off, Real Madrid’s Marco Asensio can be the nucleus of this dream team.

The rich bench strength gives Spain a competitive advantage to grind through the Group of Death and continue the momentum in the knockout stage.

What can stop Spain from their second Olympic win is their age-old profligacy in front of goal and how recharged the team is after a long season.

Argentina had a forgettable Rio 2016 group stage exit while being plagued by a cash strapped football association leading to a last-minute exodus of coaches and staff.

They have been on a redemption path & winners at PreOlympic CONEMBOL 2020 & Pan American 2019 Games.

Coach Fernando Batista’s confidence in youth is so high that Argentina has picked only one overage player in La Liga goalkeeper Jeremias Ledesma from Cadiz.

Atlanta United’s winger Ezequiel Barco and Brighton & Hove Albion’s Alexis Macclister as the ‘enganche’ will support striker Adolfo Gaich who is on the cusp of a breakout tournament.

Local giants Boca Juniors and River Plate are conspicuous by their zero-involvement due to Copa Libertadores priorities.

In this context, Batista has done well to secure arguably the two most exciting young local talents:

This midfield cast is expected to dazzle with their fluidic movements and incisive passing range.

However, with average full-backs, a tough draw including Spain and Egypt, and a potential quarter-final clash with arch-rivals Brazil will scupper their hopes.

The defending Olympics champions walk into Tokyo with a front-loaded squad like Rio 2016.

Richarlison will be the fulcrum of their attack. Surprisingly, it is the Bundesliga that supplies the majority of Brazil’s attack with Mattheus Cunha, Paulinho and Reinier.

Ajax’s Antony has dazzled with his pace and trickery in the Eredivise this season, while Arsenal’s Gabriel Martinelli finally looks injury-free.

Midfield is well balanced with Aston Villa’s Douglas Luiz, who had a quiet Copa America, and Gremio’s holding midfielder Matheus Henrique who will be eyeing a Europe move.

Jardine has smartly used his overage quota with:

Incredibly Brazil has only one Olympic title and will not be in any mood to let it go quickly.

Some cracker match-ups, including Germany in the group stage and potentially Argentina in the quarter-finals, will add spice to their campaign.

Germany will aim to climb one step ahead on their Rio 2016 silver medal.

Stefan Kuntz’s team are the reigning U21 UEFA European Championship winners and boast an enviable two trophies in the last 5 years.

On team selection, they have mixed success in securing 13 players from the 2021 & 2019 U21 UEFA championship teams while there is no representation from Bundesliga big boys Bayern Munich or Borussia Dortmund.

Rio 2016 propelled Serge Gnabry to the senior team, and interesting talent this time to watch include midfielders Niklas Dorsch and Arne Maier.

Their overage player selection is not spectacular, although Union Berlin’s striker Max Kruse brings decent efficiency in the final third.

They are expected to run into Spain in the quarter-finals.