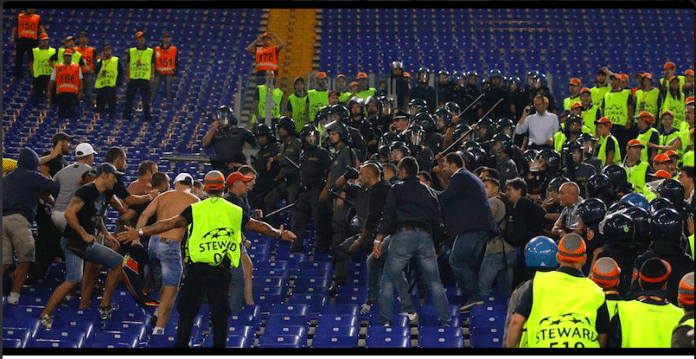 In an incredibly strange move, Fifa has disbanded its anti-racism task force, declaring that their work is complete. This act comes as a surprise given the corners surrounding the next World Cup in Russia.

Fifa has written to members of the task force to say that it has “completely fulfilled its temporary mission” and at this moment dissolved and no longer in operation.

The decision has apparently not been taken well by the members given racism remains a significant problem in football.

“I wish I could say that I am shocked by the decision, but unfortunately I am not,” task force member Osasu Obayiuwana said on Sunday. “The problem of racism in football remains a burning, very serious and topical one, which need continuous attention.

“I personally think there remained a lot of very serious work for the task force to have done – the 2018 World Cup in Russia being one such matter. But it is evident the Fifa administration takes a different position.”

The task force was established in 2013 by then-Fifa President Sepp Blatter and headed by Jeffrey Webb.  Webb was arrested last year as part of the U.S. government’s probe into corruption in world soccer. He was replaced by Constant Omari. According to Obayiuwana, a journalist, broadcaster and qualified lawyer, Omari never called any meetings of the task force.

The disbandment of the team right now is incredibly baffling considering that the 2018 World Cup’s venue is Russia; a nation that is not racially tolerant. AP’s report includes a study that has recorded 92 “incidents of discriminatory displays and chants” from Russian fans at matches during the 2014-15 season.
Former Fifa president candidate Tokyo Sexwale said in his speech before the election,”Racism is going to be with us for a long, long time. It can’t just be a committee that comes ad hoc.”

Interestingly the Fifa’s “Resolution on the fight against Racism and Discrimination” agenda proposed at the Mauritius conference in 2013 explicitly claims “Asserting that despite the various efforts that have already been taken, the racism and discrimination that occurs in today’s society is still mirrored in football”.

Fifa has an entirely different understanding of the situation and apparently doesn’t think it is a long-term obstacle, and that their committee was able to solve this problem. They told their members that its initiatives “actually exceed the working group’s recommendations” – raving about its “Say No to Racism” campaign, women’s leadership conferences and programs in Russia.

How Fifa has come to the understanding that in 3 years, it has been successful in its attempts to kick out racism in the sport when there are multiple incidents reported every few weeks, is beyond one’s understanding. Racism has plagued the world for centuries, and it is naive to assume “Say No to Racism” banners at stadiums are enough to get people at large to resort to offensive and undignified behaviour.

The 2016 Euro Championships held recently in France saw plenty of violence and incidents of hooliganism. Racism is often a primary factor in the problem of football hooliganism itself. The upcoming World Cup has, even more, chances of violence occurring, and there is no guarantee that they won’t stem out of racism, considering Russia is not very tolerant in these aspects and racism occurs regularly in stadiums.