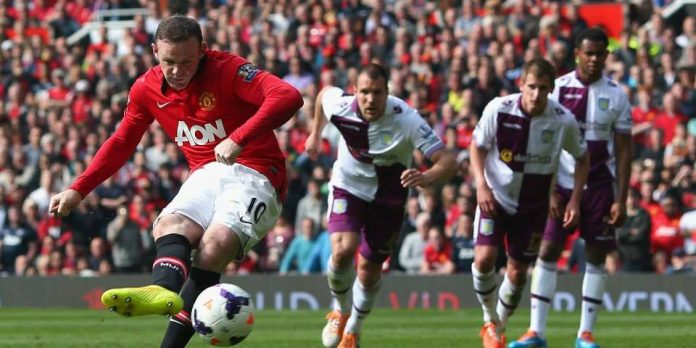 A sumptuous Manchester United performance lifted some of the pressure from David Moyes’ burdened shoulders, with the Red Devils recording an emphatic 4-1 win over Aston Villa in the lunch time kick off at Old Trafford.

Rooney’s brace cancelled out Ashley Westwood’s fine opener, and Juan Mata and Javier Hernandez made the points safe in the second half.

One of the biggest positives for David Moyes from the win will be the partnership of Juan Mata and Shinji Kagawa for the majority of the match. Time and again the Spanish-Japanese combination worked wonders in the middle of the park and linked up with each other to great effect.

While Mata started in his favourite number ten role for the Red Devils, Kagawa, with his runs from the flanks, caused all sorts of problems for the Villa defense. Manchester United fans will have been delighted to see Mata getting into his passing groove, which was reminiscent of the kind of player he was at Chelsea.

The second goal just before half time was down to the brilliant understanding of the duo, with Kagawa playing in a perfectly weighted ball for Mata, who was then brought down for a clear penalty.

Wayne Rooney subsequently dispatched the set piece to give United the lead going into the break. Mata then scored his scored his first goal for the Red Devils with a tidy finish to make the win ever more emphatic.

Right from the first whistle, Paul Lambert’s side, with their three strikers up front, caused all sorts of problems to the United backline. Andres Weimann was a constant menace out wide while Gabriel Agbonlahor’s exposed Rafael’s poor decision making at the back.

Ashley Westwood scored with thumping aplomb from an early set piece to give Villa the lead. However, Christain Benteke inexplicably squandered two golden opportunities in a matter of minutes, the first of which was easier to score rather than miss. 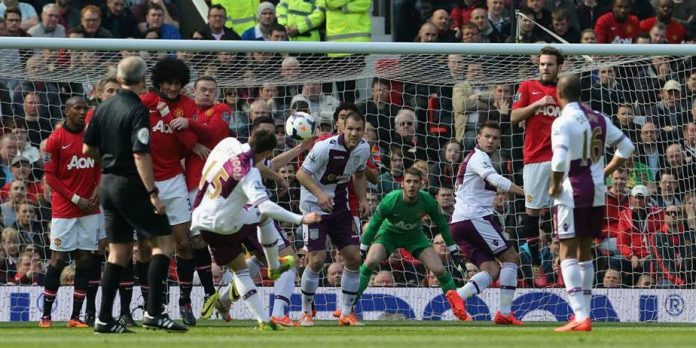 Villa stretched the United back line with their relentless running off the ball, and if this theme continues for Red Devils against Bayern Munich later this week, the Germans may punish David Moyes’ side more than the wasteful Benteke did this afternoon.

3. A final word for David Moyes

It wasn’t the best of scenes at Old Trafford with agitated fans sending a plane overhead with a ‘Moyes Out’ banner before the start of the encounter, but ahead of the Champions League quarter finals, it really shouldn’t have happened. 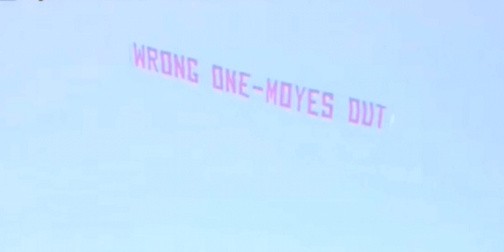 While Moyes hasn’t lived up to expectations in his first season at charge, fans need to realise that whatever the Scot does, he will be forever in the shadow of Sir Alex Ferguson.

Moyes needs more time to assert his influence on the squad, with a new style of play and with strong summer transfer imports. If all goes well, United might be at their imperious best next season.

Check out the Manchester United’s player ratings from the match here.

What do you think? Should Moyes be given more time? Get involved in the comments below…