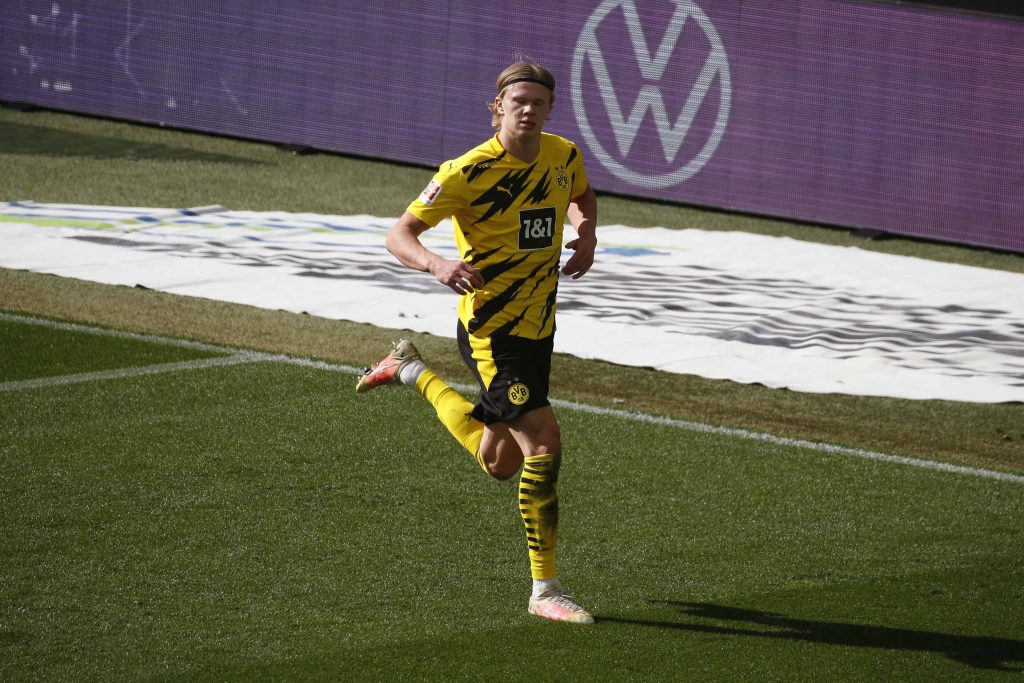 Manchester City are willing to sell Raheem Sterling to fund moves for Erling Braut Haaland and Jack Grealish, according to a report by Football Insider.

Sterling controversially joined Man City from Liverpool in 2015 for a whopping £49 million. The fee raised many eyebrows, and an underwhelming debut season at the Etihad Stadium did little to help his cause.

However, since the appointment of Pep Guardiola, the England international has been brilliant. He has netted 102 goals under the Catalan in 239 appearances, winning seven major trophies – and he could add two more to his cabinet by the end of the season.

In recent months, the 26-year-old has not been in his usual inspired form. He hasn’t scored a goal at club level since February, and has netted just 13 in all competitions this season – a massive step down from the 31 he got in 2019/20.

This form has already cost him his place in the starting XI, and it may spell the end of his time at the Cityzens. Football Insider claims that Man City may sell him to raise funds for the signings of Haaland and Grealish.

A striker will probably be Guardiola’s number one priority in the summer, with club-record goalscorer Sergio Aguero set to depart after ten years.

Haaland is likely to be the club’s main target. The 20-year-old has exploded onto the scene in the last two seasons, netting 53 goals in 56 outings for Borussia Dortmund.

The Norwegian is reportedly being pursued by many of Europe’s elite clubs, so it could take a massive payout to bring him to Manchester.

Meanwhile, Grealish has also attracted a lot of attention for his standout performances at Aston Villa, racking up six goals and ten assists in 22 league appearances this term.

Earlier this season, the playmaker signed a new five-year contract at Villa. He is noticeably their best player, and will not be let go for cheap.

Until the summer, Man City will be focused on getting their title charge over the line, and potentially lifting their first-ever Champions League trophy.

They won the away leg of their semi-final against Paris Saint-Germain, putting them in a great position for the reverse fixture.