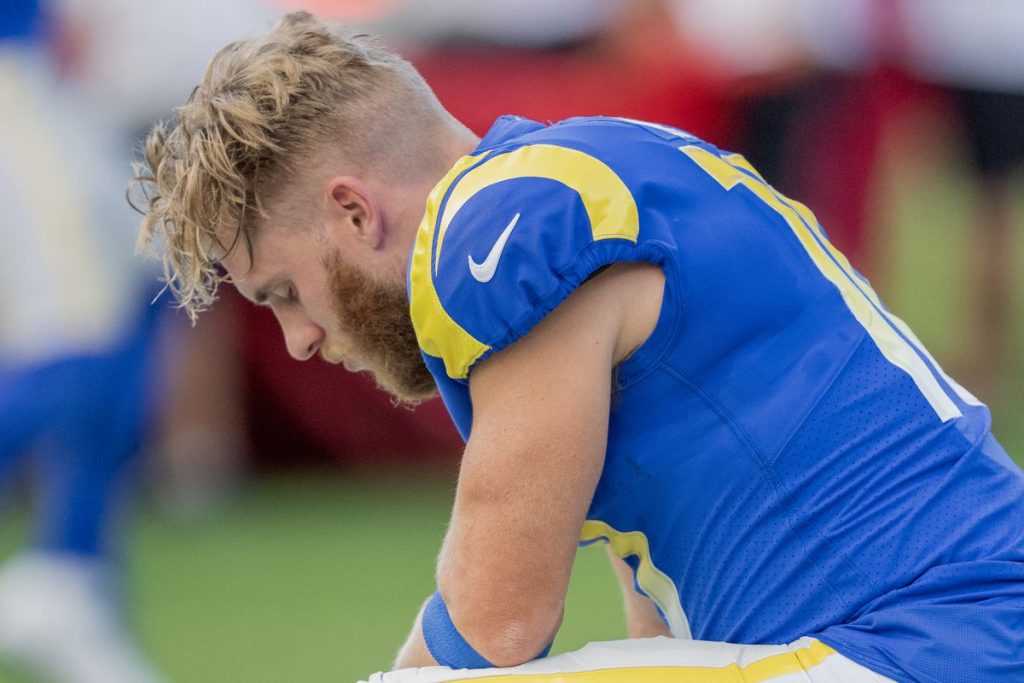 Cooper Kupp is set to spend 6-8 weeks on the sideline after undergoing surgery for a high ankle sprain, which the WR picked up in the Rams week 10 loss to the Cardinals.

Kupp was forced to leave the field early in week 10 and the 29-year old was helped to the bench by his teammates late in the fourth quarter, with the injury immediately causing concern as Kupp appeared to be in clear discomfort holding his right ankle on the bench.

Having undergone successful tightrope surgery on his ankle earlier this week, the Rams star WR is now expected to miss 6-8 weeks of NFL action, which will be a huge loss for the last-place Rams.

Thanks to everyone who has reached out and sent prayers! This is unfortunately just part of the game. Appreciate having a trusted medical team around me. Gonna get this thing fixed, then get back to work to get back to work!

With over 800 yards and six touchdowns in his nine games this season, Kupp will be a huge miss for the Rams over the next eight weeks and he may be unlucky enough to not see the field again this season.

The Rams have just eight games remaining of the regular season and with the LA side rock bottom of the league, it looks like Kupp will be fighting against the clock to make it back for the last games of the season.

"I just went in there and gave him a hug and told him I love him."

Rams head coach Sean McVay appeared frustrated when discussing Kupp’s injury and outlined how he plans on dealing with his WR’s absence:

“Obviously you never ever replace a player like Cooper Kupp, but we’ve got to figure out the best way to accentuate the skill sets of the guys that will be playing.”

With Kupp injured for the foreseeable, lesser seen WR’s such as Tutu Atwell and Lance McCutcheon will be asked to step up for the Rams and if the LA side want to stand any chance of reaching the playoffs they’ll have to hit the ground running in Kupp’s absence.

McVay and the Rams will be play their first game of the season without Kupp this Sunday, as they make the trip to New Orleans to take on the (3-7) Saints.

Looking for some action on American Football? Check out the best NFL betting sites.
Join our Telegram channel to stay up to date on the latest in marketing