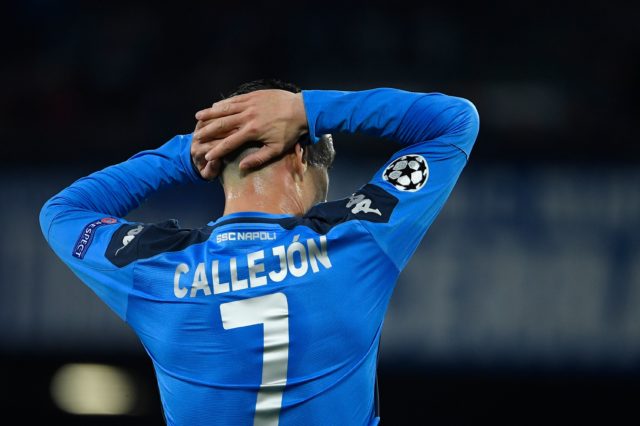 Since Carlo Ancelotti took the reigns at Everton, a host of players from his former clubs have been linked with a move to Goodison Park. And among them, one is Jose Callejon.

According to a report from Area Napoli, Everton are interested in signing the Napoli winger and could face competition from Premier League rivals Aston Villa and La Liga giants Sevilla.

According to Patrick Boyland of The Athletic, Everton will be looking to sign a right-winger in the summer, and Callejon could be an option. Ancelotti is well aware of the 33-year-old versatile forward from his time in Naples.

There have been suggestions that Callejon has agreed to join Sevilla, but his agent has refuted such claims. Callejon is out of contract this summer and is tipped to leave the club.

“Napoli president De Laurentiis has always wanted to renew his contract. We are grateful for the interest shown towards Jose. At this time there is no agreement, the two positions are very respectable and there has never been a discussion of any kind between the parties. There is mutual affection. We’ll see,” he said to Sevilla ABC.

Callejon joined Napoli from Real Madrid for a fee in the region of £8 million. He is still an influential player for the Italian club, scoring two goals and providing six assists in 23 Serie A games.

Callejon would be a good signing for the Toffees if he arrives on a free transfer. He will have little resale value but would be a smart addition to the squad, given his form and experience.