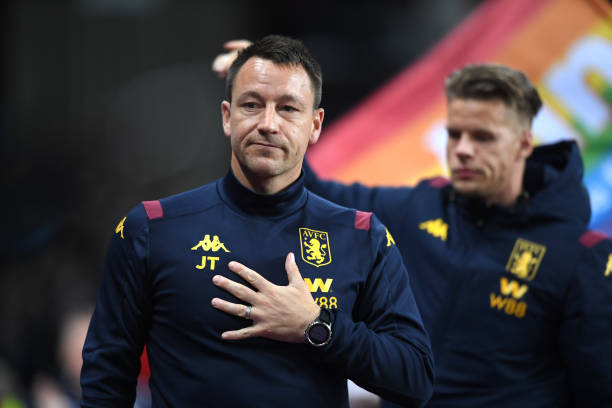 Aston Villa held Manchester United to a 2-2 draw at Old Trafford yesterday, with goals from Jack Grealish and Tyrone Mings helping Dean Smith’s men pick up a valuable point on the road.

The Villa skipper opened the scoring with a deft finish that left David De Gea helpless.

Marcus Rashford forced Tom Heaton into an own goal three minutes before the break, and Victor Lindelof put the Red Devils ahead after the break.

However, the hosts’ lead lasted just two minutes as Mings beat the offside trap to help Villa restore parity with a goal strikers would envy.

The draw moved the Villans three places and three points above the relegation zone, and assistant head coach John Terry is proud of his boys’ performance, reacting thus to it on Instagram:

Villa visit Stamford Bridge to face Chelsea on Wednesday, and it’s safe to say Terry is looking forward to the reunion.

The Blues have suffered back-to-back Premier League losses at the hands of Manchester City and West Ham United in the last two weekends, and Frank Lampard will be more than eager to lead his boys to victory against Villa.

Terry will definitely be giving the players all the tips to stop him from doing so.