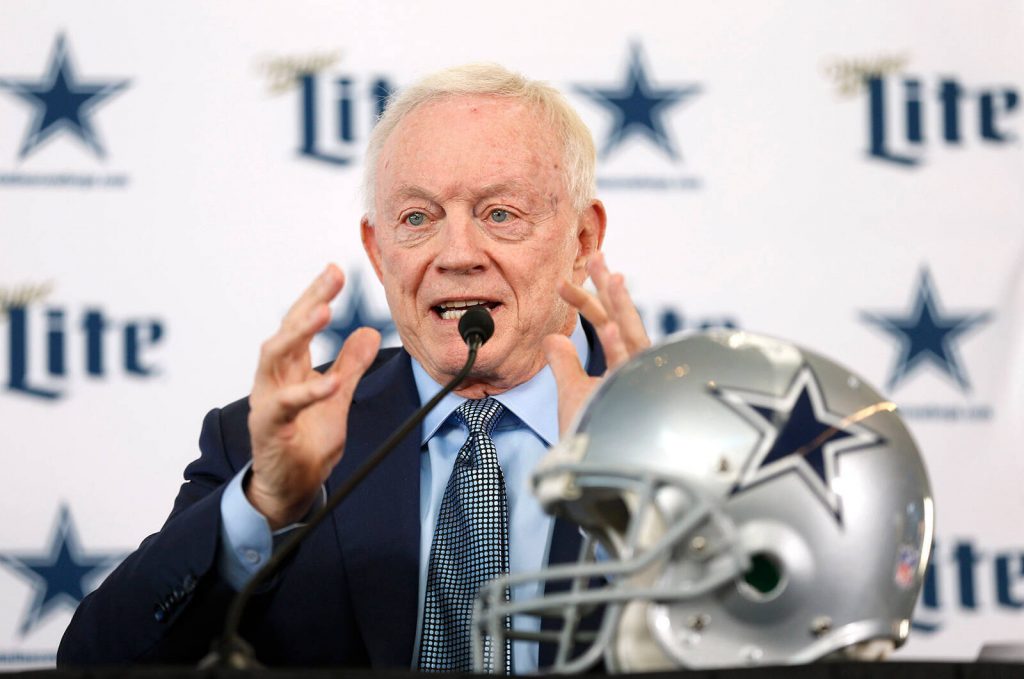 The Dallas Cowboys got some brutal news when they found out that Dak Prescott is going to require surgery. He underwent surgery on Monday and is expected to miss the next 4-6 weeks. An update hasn’t been given yet on his return, but the initial report was 4-6 weeks.

With the news that Dak is now out, Jerry Jones’ Cowboys are going to be led by Cooper Rush. Rush is a 28-year-old that doesn’t have a ton of experience in the NFL and might not be the guy that Dallas is looking for.

Jerry Jones had a bold take about what the Cowboys’ offense is going to look like without Dak Prescott suiting up for them in the coming weeks.

“He can play at a level that we can win ball games,” Jones told USA TODAY Sports on Sunday night. “The main thing about him as backup quarterback is we didn’t have to alter the offense to have him. That’s a good thing to have continuity. That’s the main reason he won the job. Just count on him. He threw a couple good balls out there.”

“Candidly, we have to look at it and I don’t see this in the horizon, but I’m going to use it as an example, of how I felt when Tony Romo went down against Seattle,” Jones said. “And how I felt two and a half, three months later, when you had to make a decision whether Tony was starting or Dak.”

The Cowboys now find themselves in a position that they won’t want to be in. Without Dak Prescott, this team is likely going to be below average. Their offense already struggled yesterday and now it doesn’t look like that’s going to change anytime soon.

Cowboys tight end Dalton Schultz is interested and excited to see what Cooper Rush can do for them with Dak out.

“Cooper has been slinging since I got here,” said Schultz, a Dallas 2018 fourth-rounder now playing on the franchise tag. “Obviously, I think we’ve got a lot of confidence in him and his ability to lead the offense. Obviously, he is going to step into the big shoes, the big role.