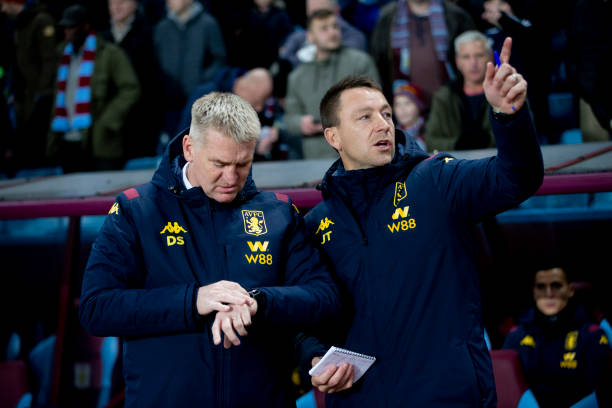 Former Liverpool star Jamie Carragher has mocked Aston Villa by claiming Manchester City or Liverpool have a greater chance of going unbeaten next season than the Villans winning the Premier League.

I think teams are getting closer to the Arsenal achievement, basically I think there is more chance of Man City or Liverpool going unbeaten next season than Aston Villa winning the PL! https://t.co/VgxQF7COq4

The Sky Sport pundit told The Telegraph that Leicester City winning the Premier League is a greater achievement than Arsenal’s invincibles, but an Arsenal fan disagreed, claiming winning the league without a loss is the greatest thing.

Carragher attempted to buttress his point, saying one of Man. City or Liverpool have a greater chance of doing that next season than Villa winning the title.

Leicester were bottom of the league in December 2014 but were topping the table the next Christmas, winning the title five months later.

Dean Smith’s side are currently 19th in the league table and are at the risk of relegating after just one season in the top-flight.

They will need to win at least half of their next 10 games to have a chance of staying up, and it will take more than a miracle for them to do so and end up challenging for the title next season like the Foxes did in 2016.

Only Manchester United spent more than the Midlands outfit in the transfer window last summer, and despite spending £145 million on 12 players, they have won just seven times in 28 league games.

Villa are just two points away from safety with a game in hand, and it will be interesting to see if they can escape the drop if and when action resumes.

Do they have a chance of pulling a Leicester anytime soon?