Green football – is it possible? 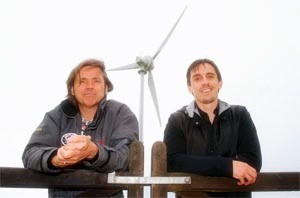 In the current climate of renewable energy and methods of preserving the planet’s resources, it is a likely progression that the world’s most popular sport should adopt some ‘green’ measures to play their part.

However, in such a consumer-based industry it is at times difficult to envisage how football can contribute to the greater good and minimise the continued destruction of resources. Are there environmentally friendly changes that can be made for the good of us all?

Gary Neville is a well-known advocate of eco-friendly measures, and donated all the profits made from his testimonial match for Manchester United against Juventus in 2011 to Sustainability in Sport, an organisation he set up to encourage the use of renewable energy and environmental methods of running the game.

The former England defender built a house with its power generated entirely by wind and solar power, and Sustainability in Sport are trying to convince football clubs to incorporate these methods also. The organisation also pushes shared transport in the travel to and from games, with low-carbon minibuses being suggested as a potential way of cutting down on the use of fuel.

With the huge heat and light systems used to power stadiums and training grounds, Neville has also campaigned for low-impact technology to cut down on the extortionate amount of electricity it takes to run a large complex or property.

Similarly, new stadiums that were constructed for the 2006 World Cup in Germany had environmental considerations at heart whilst they were being built. The Gottlieb-Daimler stadium in Stuttgart, later renamed the Mercedes-Benz Arena, was sure that environmental protection was also part of the extensive modernisation measures, with collected rainwater being reused to water the pitch and rinsing the toilets.

With a huge roof over the playing surface, the water that naturally collects on the roof is collected and stored in an underground cistern, saving on the wastage of drinking water.

Added to this is the development of a range of environmentally friendly sporting equipment. Across the globe many sports have adopted bats, balls, helmets, footwear and clothing that is produced in a way beneficial to the environment. With the huge amount of teams and sports in active play, there is no reason why your club could not generate their latest football strips in an eco-friendly fashion.

This also applies to all replica fans strips, which will comprise of millions of pieces of clothing the world over.

For the 2010 World Cup all teams with their kits made by Nike had their strips produced by recycled polyester, with each shirt reportedly comprising eight recycled plastic bottles. This is now an industry standard, with Nike manufacturing the kit for the likes of Arsenal and Barcelona with plastic bottles found in landfill sites in Japan and Taiwan.

Similarly, Adidas are currently running a five-year Environmental Strategy to drastically use less resources, produce fewer omissions and make the company eco-friendly at a corporate level.

All in all there are changes being made in the footballing world to make the game more environmentally friendly, with ‘green football’ certainly having potential. However, with other priorities and everything that is tied up with the sport, one feels that government legislation or a more concerted effort is required to take the step to the next level.