The spectacular Moses Mabhiba stadium in Durban will play host to the second of the World Cup semi-final ties, as an irrepressible young German side square up to a decidedly patchy Spanish outfit in a re-run of the European Championship final from 2008 (incidentally, a final Spain won 1-0).

The squad which Germany have brought to this summer’s World Cup is barely recognisable to that which lost out so narrowly two years ago. There are virtually no veterans of the Euro 2008 campaign remaining these days, with the emphasis now squarely focused on the promotion of youthful exuberance.

It has been a gamble that has yielded richly-deserved dividends for Joachim Loew so far, after watching his young charges systematically disassemble Australia, England and Argentina by multiple-goal margins – a limp defeat to Serbia in the group stages being the only blot on their collective copy-book so far.

A four-star display in the quarter-finals saw the Germans well and truly render Argentina (one of the pre-tournament favourites) out of the running, with Diego Maradona‘s side – which had looked so resolute beforehand – torn asunder by the mobility of Loew’s fluid front-line.

A sweeping header from the outstanding Thomas Mueller gave Germany an early lead, but it was a late, devastating three-goal salvo that really put paid to the Albiceleste’s World Cup dreams, with striker Miroslav Klose bagging a brace (his third and fourth goals of the tournament) and Arne Freidrich bundling Bastian Schweinsteiger‘s pull-back home in between. 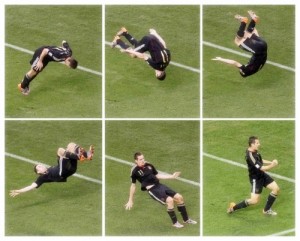 Spain narrowly overcame Paraguay to reach the World Cup semi-finals for the first time in their history, but the manner of their victory is likely to be a cause-for-concern for coach Vicente Del Bosque.

La Furia Roja again laboured to break down ‘lesser’ opponents and were worryingly impotent in front of goal despite dominating the possession.

Once more, it was hotshot talisman David Villa that had to be relied on to seal the victory for his country, nicking in to slot the ball home after Pedro‘s low drive had come back off the Paraguayan upright – notching his fifth tournament goal in the process.

The biggest worry for Del Bosque will be the form of Villa’s strike-partner Fernando Torres, who has yet to show any of the form he displayed so readily throughout the domestic season for Liverpool.

A debilitating knee injury is being blamed, but the freshly-shorn forward has been presented with enough clear chances to break his duck and has, as yet, fallen some way short. 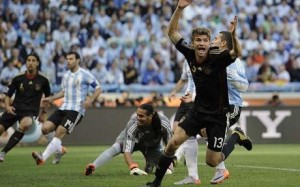 After performing so consistently so far, it will come as a big blow for Germany that Thomas Muller will be ineligible for the semi-finals after picking up his second booking of the World Cup against Argentina.

Diminutive Hamburg winger Piotr Trochowski may stand in for the suspended Bayern Munich forward, although a start for striker Cacau isn’t altogether out of the question – but the Stuttgart man is still said to be struggling with an abdominal strain.

There is a minor concern over the fitness of left-back Jerome Boateng, who was taken off after only 72 minutes against Argentina – but an injury is yet to be reported, so the Manchester City new-boy seems likely to retain his place in the first string.

The forced replacement of Muller is the only rejigging of his side that Loew is expected to entertain, as the German coach is likely to stick with the core nucleus that has served him so well thus far.

Spain look poised to finally address the problem with Torre’s injured knee by replacing him in the first string and it seemed that Cesc Fabregas would’ve been destined to replace the struggling striker.

However, it has since come to light that the Arsenal midfielder has been in hospital over the past few days, with a slight shoulder problem he suffered against Paraguay.

Should Fabregas be ruled out, Athletic Bilbao forward Fernando Llorente will come in as a straight-swap for his namesake. 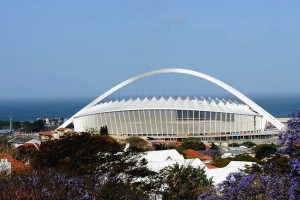 Spain would usually be out-and-out favourites coming into a match-up between these two countries, but the German’s rejuvenated approach to tournament football has cast serious aspersions on the reigning European champions’ true calibre.

On paper it certainly looks like we are in for a tight, technical affair, but that’s exactly what I predicted before the Germans mercilessly ripped Argentina apart in the quarters.

Spain are definitely more compact defensively than Maradona’s men, but their insistence on pointless possession and their over-dependence on Villa’s goals may prove to be their downfall against a well-drilled and flair-studded German team.

Even after Germany’s ruthless execution of England and Argentina, 4-1 and 4-0 respectively, have not made it into the good books of the punters. Spain is favorite to win at 8/5 or maybe it is another trap. According to the odds, a decisive 90 minutes of play is more likely than a draw. Click here to bet on this and other World Cup games.