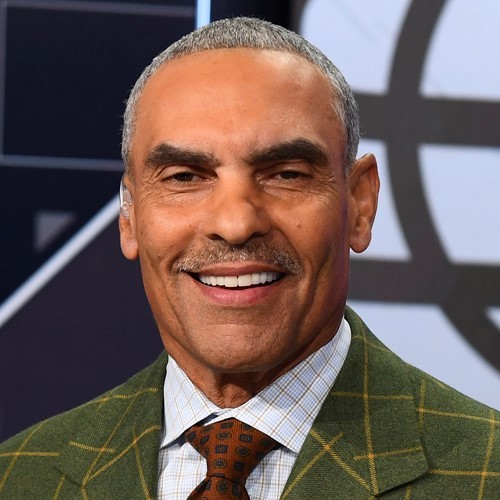 Herm Edwards left his role at ESPN in 2017 to take on the role of head coach at Arizona State. Almost six years later, and once again the world will get to hear some ‘Hermisms’. Edwards has agreed to take on a role as a college football and NFL analyst with ESPN six weeks after his head coaching role came to an abrupt end.

Just six weeks ago, Herm Edwards parted ways with ASU amid some controversy. Coaches had been under investigation by the NCAA for hosting recruits on campus during what should have been a dead period because of COVID-19.

Back On Our Screens

On Tuesday, through their PR account, ESPN announced that Edwards would be returning to the network. Edwards, who was part of the network from 2009 to 2017 will return as a college football and NFL analyst.

“When Herm left for Arizona State, we said we’d keep a seat open for him. After all he did for us on the air and behind the scenes, he deserved that. We are thrilled to welcome him back,” ESPN vice president of production Seth Markman said. “There is no better teammate, and we can’t wait for him to bring his unique coaching perspective and passion for the game back for our viewers.”

🏈 @HermEdwards is returning to ESPN as an @ESPNNFL & @ESPNCFB analyst

He is scheduled to appear Friday on SportsCenter

Edwards will return to our screens on Friday evening as part of SportsCenter.

“I’m excited to work at a place that, in my opinion, is the greatest information provider in sports, and to have a role that allows me to give back to fans,” Edwards said. “I look forward to returning to ESPN where I spent so many wonderful years and established so many incredible friendships.”

While it did not work out for Edwards as a coach this time, his charisma and charm will certainly be a welcome addition to our television screens.