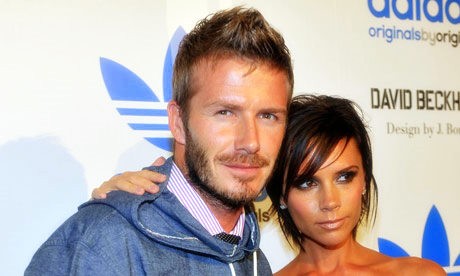 Fashion matters more to football than the average supporter might care to acknowledge. Most spectators aren’t overly concerned about their personal aesthetic at 3pm on a Saturday. In fact, for that matter, many neglect to engage in even the most rudimentary of personal grooming practices full stop.

Nonetheless, players have known for some time that appearance counts. This is especially true of David Beckham, who recently announced plans to launch his own underwear brand in 2012.

Most terrace-hardened supporters will probably decline to purchase a pair of Beckham brand pants that make your bits look like vacuum packed offal. In the absence of demand from club shops, however, there is no doubt that the garments will find a market elsewhere.

Exploiting his good looks, England’s former number seven has carefully cultivated his public image. From bad, to really bad, to stylish, to crimes-against-god’s-creation awful, Beckham’s haircuts have always been designed to catch the front page (of the Sun). Meanwhile, fashion shoots and sarong-wearing, combined with wife Victoria Beckham’s endeavours in the fashion industry, have helped establish him as a style icon.

Indeed, the selling power behind Brand Beckham was a significant factor in his move to Real Madrid in 2003. Already boasting a remarkably high-profile squad of ‘Galacticos’, the Spanish club took a unique opportunity to acquire a product which increased their global profitability further still.

The Englishman’s subsequent move to LA Galaxy, and thus to the geographical nexus of style, was a natural career progression for a footballer who always kept one eye on the pitch and the other on his image.

Football’s fashion connoisseurs aren’t always looking for a catalyst to inflate their celebrity standing, however.

Take Phil Brown and his Hull City side of 2008, for example. Along with a number of squad members, the current Preston North End boss elected to grow a mustache as part of an Everyman campaign to raise awareness about testicular cancer. Despite suffering the ignominy of looking like a perma-tanned Ian Rush, Brown’s style choice successfully brought a worthwhile campaign to an audience of millions.

Sadly, though, touchline accessorising can go wrong. Steve McLaren’s infamous decision to employ an umbrella during England’s disastrous 3-2 defeat against Croatia saw him immortalised as the ‘Wally with the Brolly’. Manager of Nottingham Forest until very recently, the maligned coach is not alone in committing this kind of error.

Why Arsene Wenger chooses to adopt a floor length puffa-jacket at winter fixtures, for example, is an absolute mystery. It isn’t that cold, and surely no professional can respect their boss when he turns up for work wearing a sleeping bag, can they? Every time Arsenal score, Wenger looks like a boy Scout at camp, deviously proud of the flatulence he has just inflicted upon his tent-mates. 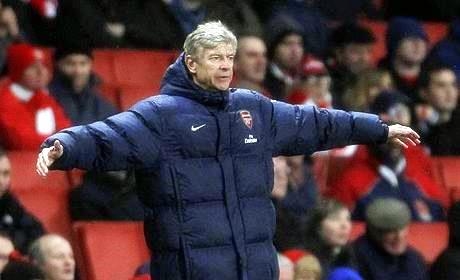 Still, in the case of Mr. Wenger, we can simply add his unusual dress sense to the growing list of evidence that he’s completely lost it. David Moyes, on the other hand, has a career to resuscitate with Everton. Not too long ago, Moyes was badgering what was then a ‘Big Four’ for a coveted Champions League spot.

The Scot was even tipped as a potential successor to Sir Alex Ferguson at Manchester United. That ambition will remain unfulfilled, however, if Moyes cannot address the slide which has seen Everton surpassed by both Tottenham and Manchester City.

If he is to revitalise his career, Moyes will need to rethink his choice of attire. Glory no longer falls on the tracksuit wearing coach and hasn’t done for some time. A manager with ambitions on the top four needs to be suited in appropriately auspicious attire.

Even when confronted with a grand occasion, Moyes failed to hit the right note. For the 2009 FA Cup Final versus Chelsea, the Toffees opted to arrive in matching blue suits tailored for the occasion. Blue suits belong on Granddads at weddings and nowhere else. They certainly don’t befit a man embarking on the biggest moment of his professional career. Needless to say, Everton lost that final to a Chelsea team modelling an appropriately imposing getup.

Guilty of the worst fashion faux pas of all, however, are Everton’s Merseyside rivals, Liverpool. Their 1996 FA Cup Final contingent turned up at Wembley in identical white suits like some kind of over-sized Westlife fraternity. Like Everton, they too lost in the final, falling to an Eric Cantona strike for Manchester United.

Former Reds’ striker Robbie Fowler had some remarks to give about the ground-breaking idea in a newspaper interview in 2008, he said:

“It was David James’ fault we wore white suits, it was his idea. Nobody questioned him and at the time, he was an Armani model”.