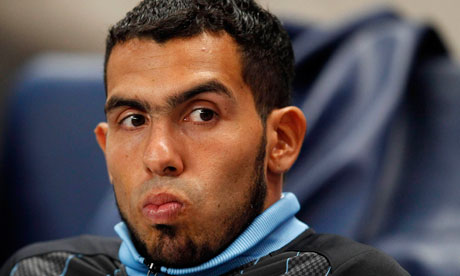 If the football news and features on talkSport are to be believed, Liverpool are reportedly ready to stun the football world with an approach for Manchester City striker Carlos Tevez.

Reports were starting to emerge that Tevez had agreed to join Serie A giants Juventus but Liverpool seemingly want the controversial Argentinian striker as a replacement for Luis Suarez should their star striker leave the club this summer.

Manchester City are apparently keen to offload Tevez who has never been afraid in publicly voicing the issues he has with England and living in the country while he works as a professional footballer.

“I don’t even leave my house. When my contract ends I will not return to Manchester ever – not even on holiday,” he told an Argentinian chat show host in the summer of 2011.

Here are five major problems with Liverpool’s planned pursuit of the striker.

The above quote demonstrates Tevez’s feelings towards Manchester, which suggest he may be reluctant to commit to a long term move anywhere else in England.

Of course two years has passed since that point, but Tevez clearly still has big issues with the country and wouldn’t even still be in the Premier League had he managed to secure that move to AC Milan.

Liverpool supporters may be very reluctant in accepting this sort of deal from their club.

Liverpool and Manchester are two cities with huge football rivalries and the fact Tevez has played for both Manchester clubs is not something which will sit well with the Liverpool supporters who pay hard earned money to go and watch their team every week.

Tie that in with his feelings about the North West and it doesn’t make for a very good recipe.

Liverpool are a side trying to create a sustainable and viable financial structure and business model.

Liverpool’s owner John Henry recently said he wants Liverpool to become self sustainable in that respect.

Signing Tevez may not cost much in terms of an initial fee but the cost of his wages, which will likely have to be higher than any other player at Liverpool, is not something the Liverpool board may commission.

Liverpool’s board make it quite clear they want the club to be looking at signing younger players when they rejected a planned deal for Ashley Williams of Swansea City.

It makes no sense for them to go back on that angle just because it’s a higher profile player costing a slightly smaller fee.

The club’s managing director Ian Ayre has also suggested if there are younger and talented options alongside this sort of deal, the club will always opt for the younger player.

“Where a player is younger and talented with the right level of ability, we will always go for the younger option because it’s a better long term investment,” he told the Liverpool Echo.

It’s very naïve to think that if a player like Tevez becomes available, there won’t be any competition for him.

Arsenal, Chelsea and Tottenham Hotspur could all come into the equation to sign him. They can all cope in a financial sense and they can all offer Tevez the chance to move away from the North West and down to the possibly more appealing location of London.

For more transfer stories keep an eye on the list of Premier League transfers.