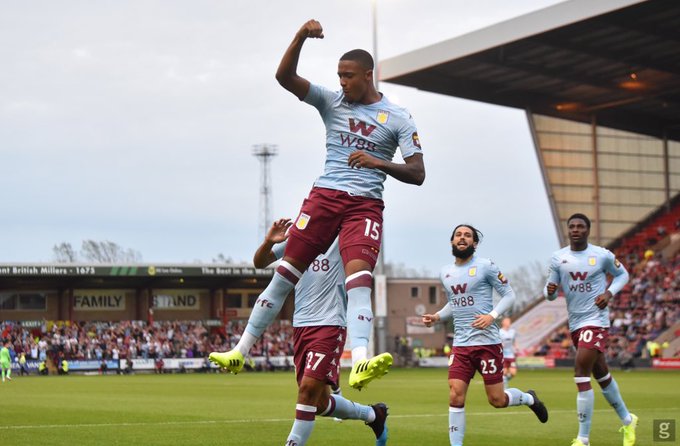 Aston Villa moved into the next round of the Carabao Cup after beating Crewe 6-1 on Tuesday night.

Summer signing Ezri Konsa scored four minutes into his debut for the Premier League team to give Villa a perfect start. Conor Hourihane scored twice to make it 3-0 at the break at Gresty Road.

Villa didn’t take their foot off the pedal and kept on attacking in the second half. Keinan Davis, Frederic Guilbert scored for Villa before Ryan Wintle pulled a goal back for Crewe.

Jack Grealish scored with a low drive to complete the club’s biggest win in more than six years and their largest in the competition since the 8-3 victory at Wycombe in 2005.

After the match, Konsa took to social networking site Twitter to express his reaction. He is thrilled for having scored his first goal for Villa and has thanked the fans for their support.

Club legend, Ian Taylor, quickly responded to his tweet, and posted in three words -“Off the mark”.

Konsa joined in the summer transfer window from Brentford for a fee in the region of £12m.

Villa enjoyed 67% of possession and attempted 17 shots during the game of which they managed to keep seven on target, according to BBC Sport.