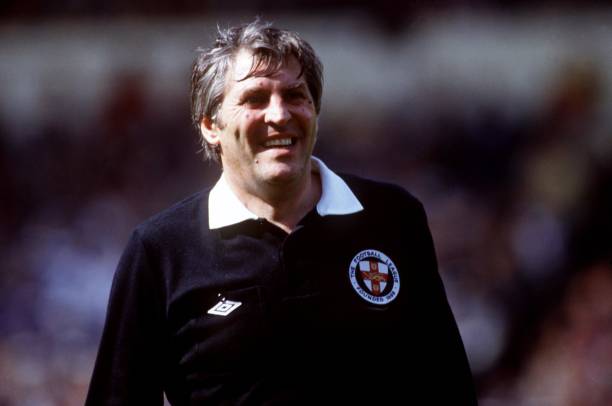 Aston Villa suffered a 3-2 loss at the hands of Arsenal at the Emirates Stadium on Sunday, and manager Dean Smith will be very disappointed with the result.

Villa were handed a massive chance to secure their second Premier League win of the campaign after Ainsley Maitland-Niles was sent off towards the end of the first-half.

John McGinn’s 20th-minute goal had put the visitors in the lead before Nicolas Pepe restored parity from the spot in the second-half.

Wesley immediately put Villa ahead once again, but late goals from Calum Chambers and Pierre-Emerick Aubameyang ensured Arsenal snatched all three points against all odds.

The visitors were denied a chance to leave North London with at least a point during the closing minutes of the game after Sokratis blocked a shot in his box with his arms.

However, referee Jonathan Moss didn’t award them a penalty and VAR upheld his decision.

Former Premier League ref Keith Hackett believes Villa should have had a penalty, though, as the Greek defender deliberately blocked the ball with his arms, explaining it all in a Tweet:

Yes the player clearly leans towards the ball and attempts to disguise his deliberate action. The hand/arm are the offending areas so a Penalty kick should have been awarded https://t.co/VboGFJbM9Y

Villa have been at the receiving end of some harsh calls, with the loss against Crystal Palace after their late goal was ruled out still fresh on their minds.

Contentious calls could have a huge say on their campaign as they have already been denied potential two points, and Smith and his men will only hope the officiating can get better.