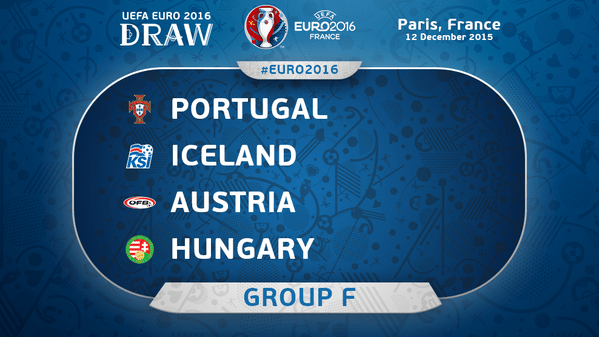 The last group of the competition, Group F, is all about seeing who hits the hardest. Is Iceland the target? In theory, no. In practice, no, no, no. Who is getting through?

Austria is a football revelation. Since I was born after 1954 and 1982 (Algeria’s disgrace) I had never heard that sentence before. I still have to say it out loud to believe it. But what a team this is! It is not only David Alaba, too. Martin Harnik, Marko Arnautović, and Marc Janko build a strong attack. Pair that with Leicester’s Christian Fuchs and Watford’s Sebastian Prödl and you have an explosive team and my personal choice to become the dark horse of the tournament. I am backing the Austrian team as a neutral supporter and thinking they will make history in France. I am not saying they will take the cup, but a semi-final could be reached if a lot of factors combine. Austria owned the qualification, winning 9 games and drawing only against Sweden in Vienna. They scored 22 times and conceded only 5, which is a great record. Marcel Koller has done a wonderful job with this team and it is about time it pays off.

Hungary did a decent job and managed to squeeze through to the playoffs, where they beat Norway twice and secured a spot at the final stage. Even though the Hungarians are a strong team physically and they have managed to keep their sheet fairly clean, they are lacking the power to finish the deal. Even when seven of their twenty-three players are forwards and they are quite prolific, there is something missing. Hungary is not a weak team and they will put up a fight, but they seem to be the weakest team in Group F if you take Iceland’s qualifying round into account. They are strong enough to take on Iceland and even ruin Austria or Portugal’s day. But the main problem is that their football is just lacking the element necessary to kill. They also have a 40-year-old amazing keeper who plays in sweatpants and a 37-year-old striker who still manages to be dangerous. Sadly, that is the most unpredictable feature of the Hungarian National team.

Iceland is a nice surprise. I do not think they are shooting for the stars here, but that might work for them. The European newcomer proved to be unbeatable at home during the qualifiers and managed to beat the Netherlands twice during the process. So, in a way, these boys are the reason why Robben, Van Persie, Depay, and company are not going to the tournament. I’ll give you a second to stop shaking. Their defence is amazingly strong and that is still understating it. Receiving six goals in a group where Turkey, the Czech Republic, and the Netherlands are, and losing only twice is surprising. Their superstar, Gylfi Sigurðsson, scored six times and placed first on the list. The boy is as tough as his name is to spell.

And, the last team we’ll analyse in the Group stage is Portugal. A wonderful team with enough talent to make Justin Bieber sing well. How come they still don’t have a trophy to show for it? They always get tough groups but they always sail through them, well almost always. We cannot deny that this team has every quality to claim the title and they have a not-so-secret weapon called Cristiano Ronaldo. The superstar’s career has been filled with awards and trophies, but the international glory eludes him. He has played along amazing generations, including Portugal’s 2004 Euro squad. This time, they are part of a simpler group and the possibility to go through is very high. Portugal has never failed to get through the group stages, so that is not the issue. The real problem comes when the big dogs come out to play or, to put it simpler, when Germany knocks at the door.

Austria: David Alaba (Bayern München)
The midfielder is an all-terrain weapon, a free-kick maestro and an untirable resource that can play any position except for goalkeeper and center striker, at least for now. He is a diamond and we have front seats to see him shine in France 2016. Even at the age of 23, David Alaba is not lacking when it comes to leadership and experience. The Bundesliga champion will surely be the one to watch when facing Austria.

Hungary: Tamás Priskin (Slovan Bratislava)
Hungary’s attack has stronger characters than Tamás, but the year this boy has been having is just unbeatable and not precisely for the common reasons. I urge you to look him up. He scored 11 goals in 27 matches for Györi ETO under tough conditions due to the owner declaring bankruptcy and the team being thrown into the third division. He is the joker in the equation and the unbalanced one that could tip the scales.

Iceland: Gylfi Sigurðsson (Swansea City)
The striker has the responsibility to continue scoring profusely and harming his opponents. He did well during the qualifiers and scored 11 goals for his team in the Premier League, his best mark since 2009, back when he played for Reading in the Championship. The 26-year-old is not a superstar, but he is consistent and deadly when he means to. Managing to get out of that qualifying group is enough street cred for the forward and his national team.

Portugal: Cristiano Ronaldo (Real Madrid)
The world-famous number 7 has the need to lead his powerful team to a title. Yes, a final would suffice, and even a semi-final would be considered a good tournament, but Portugal is a European powerhouse and must join the big players on the stage where all the trophies are paraded. This is the best opportunity Ronaldo has, considering Spain and Italy are experiencing transitions and his team is among the favourites to take the cup home. 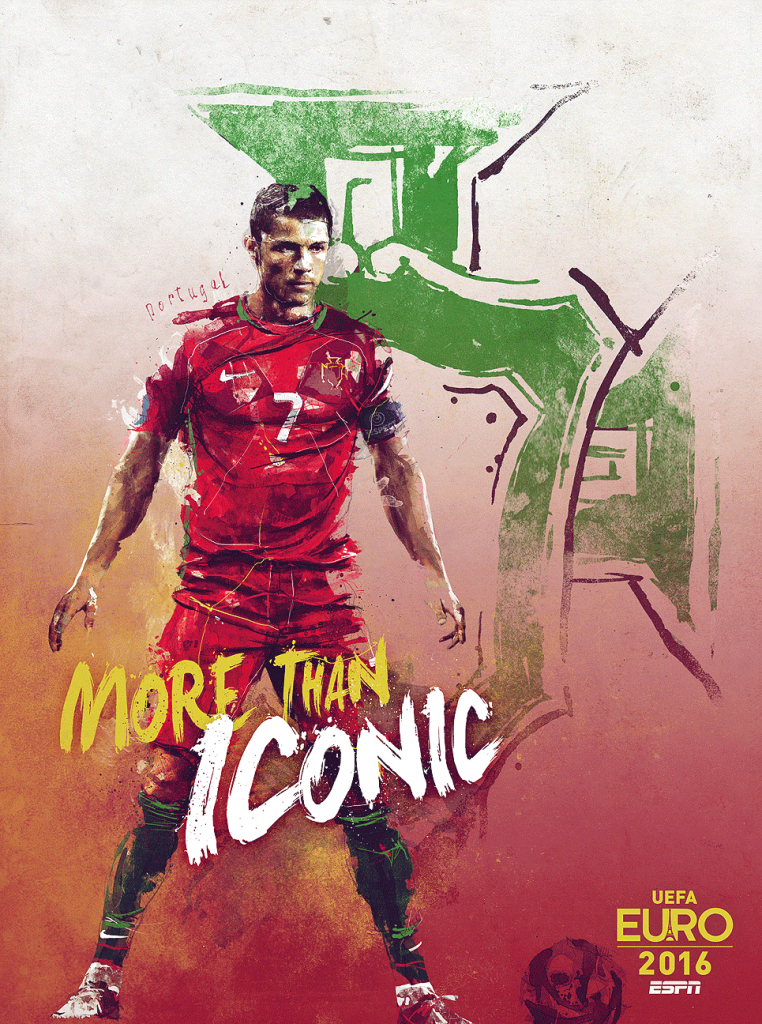 How could Group F develop?

Austria – Prediction – 1st Place: Like I said, they are my bet to become the dark horse. The darkest of them all. They are taking the group by storm and fighting with all they have in the playoffs. Not even Portugal is going to stand a chance, but maybe they will draw. This is the tournament for Austria to start their football history in the new century.

Portugal – Prediction – 2nd Place: Cristiano and company will waltz through the group as well. The Western Europeans are just too powerful to rule them out. There will be no major surprises here and the Portuguese will be led to the playoffs by their captain, Cristiano Ronaldo.

Iceland – Prediction – 3rd Place: Surprise! No, not really. Iceland has enough to beat Hungary in the race for that third place and depending how well they do it, it is even possible to get to the next stage, thanks to the new system. I believe they will go through and I want them to do so as well.

Hungary – Prediction – 4th place: It is great to see Hungary here, but I do not see them lasting very long in the tournament. Not only are they playing against two magnificent teams, but they still have to beat the sparkly Iceland. It is a shame. The world needs to enjoy as much of Gábor Király as it is possible.

The Parc Des Princes will be the stage where Portugal and Austria will battle for the supremacy of Group F. This is going to be a football masterclass with so many opportunities to enjoy the game that you will not want to miss it. Do not forget to pay close attention to Iceland vs Hungary too.