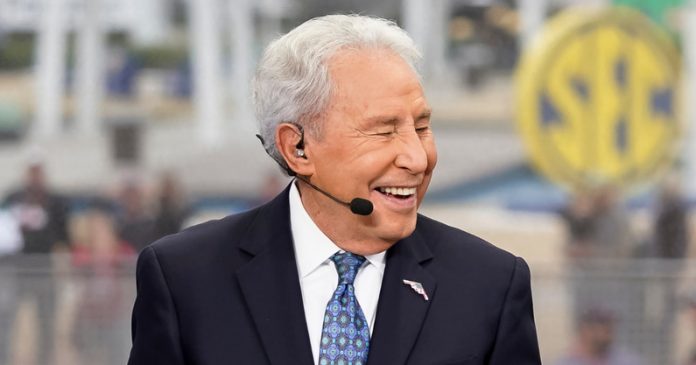 On Saturday, the “College Gameday” crew will head to Kansas. This week will be the first time Kansas will be the location for the flagship ESPN college show and fans are hoping Lee Corso will return after a health scare last week.

The Kansas Jayhawks’ amazing start to the season has drawn attention from around the nation. They are ranked in the Top 25 AP Poll for the first time since 2009. Now, ESPN and their flagship college show, “College Gameday”, and hopefully, Lee Corso will head to Lawrence, Kansas for the first time.

Number 19 Kansas will square off against 17th ranked TCU in a top 20 matchup once the show reaches its conclusion.

TCU are coming off the back of a demolition of Oklahoma while Kansas scraped home against Iowa State. However, both teams remain undefeated and something has to give in the game on Saturday.

TCU are currently 6.5 point favorites in what is an expected shootout with a total points line of 68.5.

“College Gameday” fans will be hoping that stalwart of the show, Lee Corso is back this week. Corso missed the show while the ‘Gameday’ crew were in Clemson with illness.

Corso was reportedly suffering from dizziness before the Clemson versus North Carolina State game last week. But he was up and about in the afternoon after being treated by Clemson medical staff. He is feeling much better according to ‘Gameday’ host Rece Davis.

“While I was talking to our producer yesterday, [Lee Corso] was calling him and wanting to know what topics were in the show that he needed to prepare for,” Davis said on the Paul Finebaum Show on Wednesday.

It all points to Corso returning and putting in on his famous headgear to close the show. But will it be a Jayhawk or a Horned Frog? Tune in this Saturday at 9am on ESPN to find out.