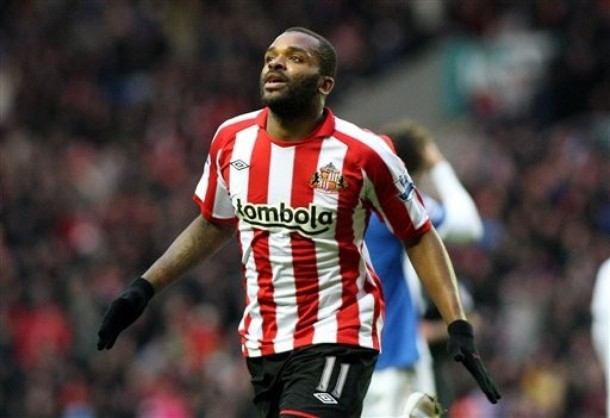 The January transfer window has received one of its biggest shocks in recent times as Sunderland striker Darren Bent has handed in a written transfer request in order to sanction an £18million move to Aston Villa.

If this had been mooted last summer it wouldn’t have seemed that much of a shock. Villa consolidated themselves in the top-six for a third successive season and Bent had just come off a terrific debut campaign for the Wearside outfit where he netted 25 goals in 40 appearances for a club that finished 13th. Fast forward seven months and both clubs have seemingly swapped at the other ends of the spectrum with Sunderland challenging for Europe and the Birmingham outfit fighting relegation.

Villains boss Gerard Houllier is under no illusions that the football club are crying out for a potent goal-scorer and not many fit the bill such as Darren Bent. Remarkably Bent is the third highest Premier League goal-scorer behind Didier Drogba and Wayne Rooney in the last six seasons with 81 goals. This is incredible considering that he has been engrossed in a relegation battle with Charlton Athletic, sat on the bench for the near entirety of his Tottenham career and now most recently at Sunderland who last season achieved a mid-table finish.

People will be wondering what the attraction is for him to go to Aston Villa? A club that is currently scrapping for Premier League survival where as his present employers are challenging the top-six. The simple answer, Aston Villa is still regarded as one of the country’s most respected football clubs. Wages will have played a big part in his decision, it would be naive not to think so with a reported £70,000 on the table, but even Bent realises he can prosper at a football club that will look to consolidate survival this term before challenging for Europe again next season.

He is seemingly tailor-made for the former European Cup winners. The service from out wide with the likes of Ashley Young and Stewart Downing producing diligent through balls and scintillating crosses into the box will be thrived on by Bent. Villa create so many openings but haven’t got – or had  for some time – a potent goal-scorer to gobble up those opportunities. Gabriel Agbonlahor is a tremendous asset to Aston Villa but his finishing is nowhere near the level of Bent’s. A quintet of those two up top with Stewart Downing and Ashley Young out on the wings, as well as another new signing in Jean Makoun playing just behind in the middle of the park looks fantastic on paper.

In truth the club hasn’t had a striker of Bent’s calibre since the days of Dwight Yorke. Both are extremely similar in terms of their play. Both not gifted technically but are capable of conjuring up a piece of magic in front of goal with an instinct that importantly – wins matches. Yorke was a predominant figure at Aston Villa for nearly a decade where former manager Graham Taylor spotted the young skinny, yet highly talented Trinidadian, sporting his skills in an exhibition match during a pre-season tour of the West Indies in 1989. Although many Villa fans were hurt by his departure to Manchester United in 1998, 99.9% of them will all agree that his goals contributed immensely towards Villa competing for honours and European qualification almost every single year during his nine year stay at the club. Darren Bent will be treated like a god by those in the Holte-End as the fans look set to have a new hero to worship.

Sunderland fans will feel hurt by Bent’s decision but the sum of money coming their way can be used to strengthen an already talented squad that has attributes in abundance. Asamoah Gyan and Danny Welbeck have been fantastic this term and with the transfer kitty coming in then manager Steve Bruce can add some quality to his side and clinch a top-six spot come the middle of May.

All in all, this move could satisfy all parties involved!