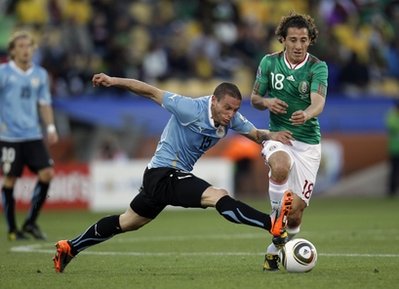 With the CONCACAF Gold Cup just days away from starting there’s an opportunity for players from around the region  to use the regional tournament as an individual showcase.

What players can make the most of the opportunity? Here’s a look at some players who can profit from a big month of June representing their country and parlay that success to the club level.

The 23 year old forward/midfielder has stated that he’s looking to leave Fredrikstad in 2011 and a good Gold Cup will do wonders for Borges’ stock on the transfer market. With 31 appearances for Costa Rica under his belt – with 8 goals – Borges can lead the Ticos to success in attack. If he can show the form that produced 14 goals for Fredrikstad’s Borges could have the suitors lining up to bring the talented youngster to a bigger club.

One of the most talented players for El Tri, Guardado is likely to be on the transfer market this summer with Coruna relegated from La Liga. Guardado is a creative spark that would provide a boost for a number of mid table teams in Europe’s biggest leagues. A standout performance providing service to Mexican attacking stars Gio Dos Santos and Chicharito could put the Mexican international in for a big move this summer. With Mexico set to make a deep run, Guardado will have plenty of stage to showcase his ability for potential suitors. 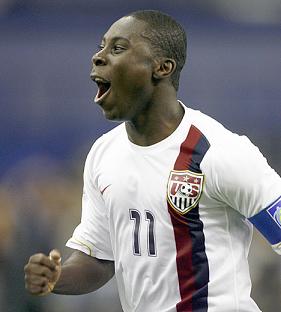 All three U.S. players could be at a career crossroads in the summer of 2011. Adu and Bradley are coming off two very different loan spells. Adu had a very successful loan stint in the Turkish 2nd division helping Rizespor to the promotion playoffs. Adu played a big role for the club and could finally have his career on track. Bradley, however, did not enjoy the same type of success. Going on a midseason loan to Aston Villa the U.S. midfield stalwart found earning playing time a tough task and his stock likely suffered for it. Dempsey became the top scorer in Fulham history notching a 12 goal standout season at Craven Cottage. All three players are reportedly looking for new contracts this summer and a big performance for any of them in a successful Gold Cup run will provide momentum heading into the summer window.

Reports had Cummings a work permit away from a move to Aston Villa this winter. Back with MLS Cup champion Colorado Rapids the Jamaican striker has gotten off to a slow start in 2011. Suffering some injury setbacks and without his partner Conor Casey, the speedy striker could use a pick me up. If Cummings still has dreams of a European move a big Gold Cup from him and the Reggae Boyz will certainly help. The talent is there and the supporting case around him will help as Jamaica – like Canada – fields its strongest squad in recent memory.

Jackson is a talented striker who scored 13 goals for Norwich in their successful 2010. Jackson played a big role in the club’s promotion to the Premier League solidifying his stature at the club level. With Canada looking to have fielded their most talented squad in recent memory, Jackson can put himself on the big stage with a big Gold Cup performance. The Maple Leafs will be looking to the now EPL forward to lead the way to Gold Cup success.

Darrell Lovell covers the Houston Dynamo for MLSsoccer.com and will contribute to Soccerlens.com throughout the Gold Cup. Follow him on twitter at @Dynamoexaminer.