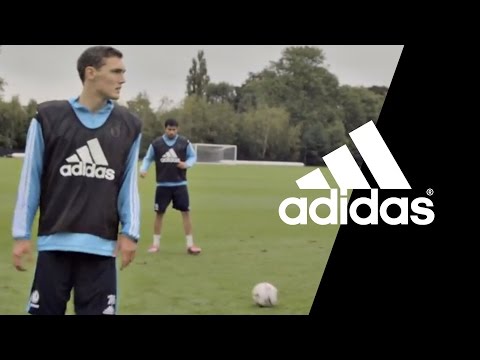 Chelsea will take on Schalke 04 in the Champions League at the Veltins Arena tonight, where a victory for the Blues will ensure their progress in the knock out rounds.

Ahead of the match, Adidas has released their new Gamedayplus video where they visited Chelsea’s Cobham training ground and asked Diego Costa, Filipe Luís and Andreas Christensen to take part in the corner challenge.

Chelsea’s top scorer Diego Costa and Luis both found the net while Christensen missed his corner challenge from short range.

Costa reveals that at Chelsea, every new player has to sing in front of other players during the time of introduction. The Spain international said to the interviewer that he sang “lepo lepo” during his introduction. Check the full video below