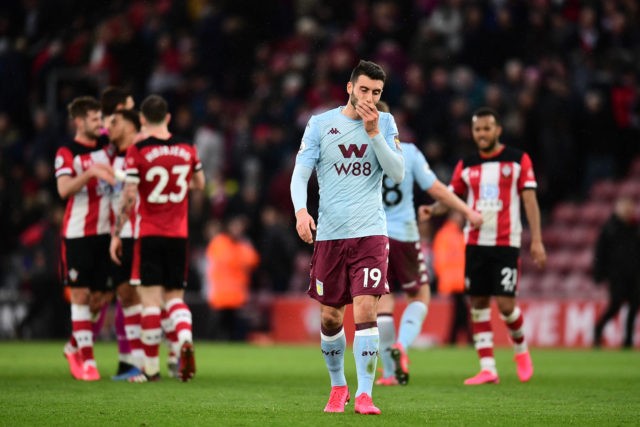 According to reports from Spanish newspaper AS, Real Zaragoza is keen to sign Borja Baston.

The 27-year-old forward joined Aston Villa during the January transfer window on a free transfer. It is proving to be a pointless signing as Baston has made only one appearance for the club so far.

The former Atletico Madrid player is now looking to return to Spain, with Zarazoga keen for his signature.

Zaragoza are second in the Segunda Liga before the season was paused. They are one of the favourites for promotion to the La Liga and have earmarked Baston as their potential target.

The report claims that Baston is ‘closer than ever’ to returning to Zarazoga and that he has been in contact with the general director of La Romareda.

General director Luis Carlos Cuartero and sports director Lalo Arantegui have been negotiating with the centre forward and his agent over a potential summer move and Villa should allow him to return to Spain.

It has been claimed that Baston would arrive at Zaragoza ‘without paying a transfer’ and he is expected to sign a four-season contract.

Baston played one season on loan at Zarazoga where he made a strong impact. In 2014-15, Borja joined Zarazoga on loan from Atletico where he scored 22 goals in 40 games for them in all competitions.