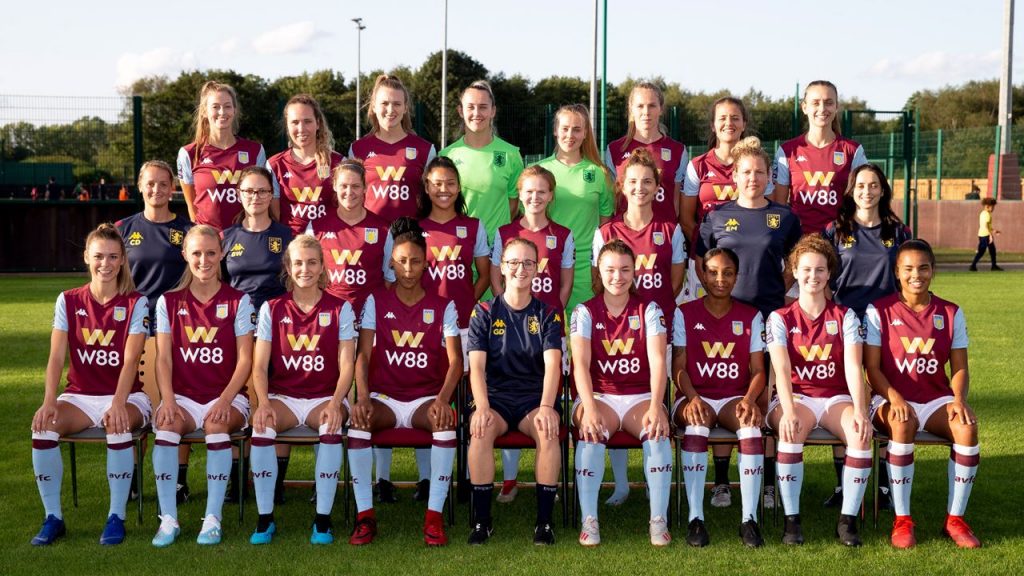 After recently being promoted to the Women’s Super League, Aston Villa Women have finally hit the big time. But how will their first season play out in the most prestigious women’s football league?

So it didn’t start well for Aston Villa, whose two amateur-like unforced errors gifted Manchester City all three points at Villa Park on Saturday. But despite this, there’s a lot to be excited about as the Women’s Super League gets underway – especially if you’re on the claret and blue side of Birmingham.

Unlike the men’s game, when it comes to women’s football, the UK’s second-largest city has been blue for almost two decades. Despite the slog and drudgery of their men, Birmingham City W.F.C have been flawless, unstoppable at times. Top-flight since 2002, FA Cup winners in 2012, Champions League semi-finalists in 2014, all while producing a twine of English talent.

But now, they face competition, and can count the days until a local derby.

Promotion to the top-flight

As champions of the FA Women’s Championship 2019/20, Aston Villa Women are back in the big league for the first time in more than 15 years. But before Villa fans get too excited, it was way back in 2001 when they last finished above their rivals – so let’s not jump the gun.

What Villa fans can get fired up about though, is how they secured promotion. When the 2019/20 season was halted due to coronavirus, Villa were unbeaten and flying, winning 13 and drawing just one of their league fixtures.

This remarkable run placed them top of the FA Women’s Championship, and six points clear of second-place Sheffield United. Despite having six games left to play, and Head Coach Davies’s eagerness to play the remaining fixtures, Aston Villa were promoted thanks to a basic points-per-game formula.

Davies said: “We wanted to finish the season on the pitch and win the league by showcasing the work that players and staff had put in to get us to this point.

“We put so many hours, so much hard graft and so much passion into this season that it’s fantastic to have been rewarded for that.

“For every player, staff member and supporter, promotion to the Super League is the realisation of a dream that we’ve all worked so hard to achieve.”

First of the lionesses’ summer signings was 35-year-old English international, Anita Asante, known for her on-ball ability and modern-day centre-back know-how. Strikers Stine Larsen (Denmark) and Diana Silva (Portugal) followed to score goals, while German shot-stopper Lisa Weiss was called in to save them.

With a flurry of signings, keen interest from Chief Executive Christian Purslow, the appointment of Sporting Director Eniola Aluko, and Gemma Davis, one of the brightest young coaches, the future looks bright (and up) for Aston Villa Women.

Another thing heading in a new direction (for want of a better phrase), is the lionesses coach on home game day. The team have a short trip up the M6 to Bescot Stadium, home to Walsall Football Club of the men’s league two. Though nothing on Villa Park, it’s quite an upgrade from their former home at Midland League Boldmere St Michaels. Whether a change of ground will have a positive or negative impact is yet to be known, but the club will play on an upgraded pitch with bigger stands.

The effects of last summer’s rebrand

You could say that the key to Villa’s success in 2019 was down to the club’s rebrand that summer, and you’d probably be right. On July 4, 2019, Aston Villa Ladies became Aston Villa Women F.C. As well as the title change, a raft of new recruits included Chief Commercial Officer, Nicola Ibbetson, and Emma Follis, former Aston Villa schoolgirl who returned after four years away from the club.

The rebrand was a strong move, and I’m sure, ushering in a new era for the women’s game in Birmingham will go down in the archives as one of the club’s most rewarding decisions. For the first time in a long time, there’s a sense of real ambition at the club. Now, they just need to perform on the field.

Aston Villa Women have a trip to Reading on Sunday for their second game in the Women’s Super League. They currently lie 9th in the table with zero points.