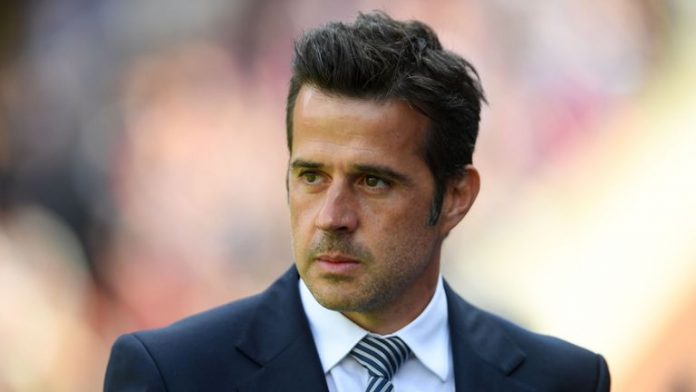 Everton travel to Aston Villa on Friday aiming to build on their solid start to the new Premier League season.

The Toffees have picked up four points from a possible six so far and a victory this evening would move them to the top of the standings.

Villa have lost their opening two games on their return to the top flight and will be eager to kick-start their season against Everton.

Jonathan Kodjia and James Chester remain on the sidelines for the home side, but Kortney Hause is available for selection.

Lucas Digne and Leighton Baines both return to the squad for the visitors, but Fabian Delph is definitely ruled out.

Everton boss Marco Silva faces a selection dilemma up front, with Moise Kean pushing for a starting role ahead of Dominic Calvert-Lewin.

Villa’s recent record against Everton is poor, with a 3-2 home victory back in May 2015 their only success in their last 11 meetings.