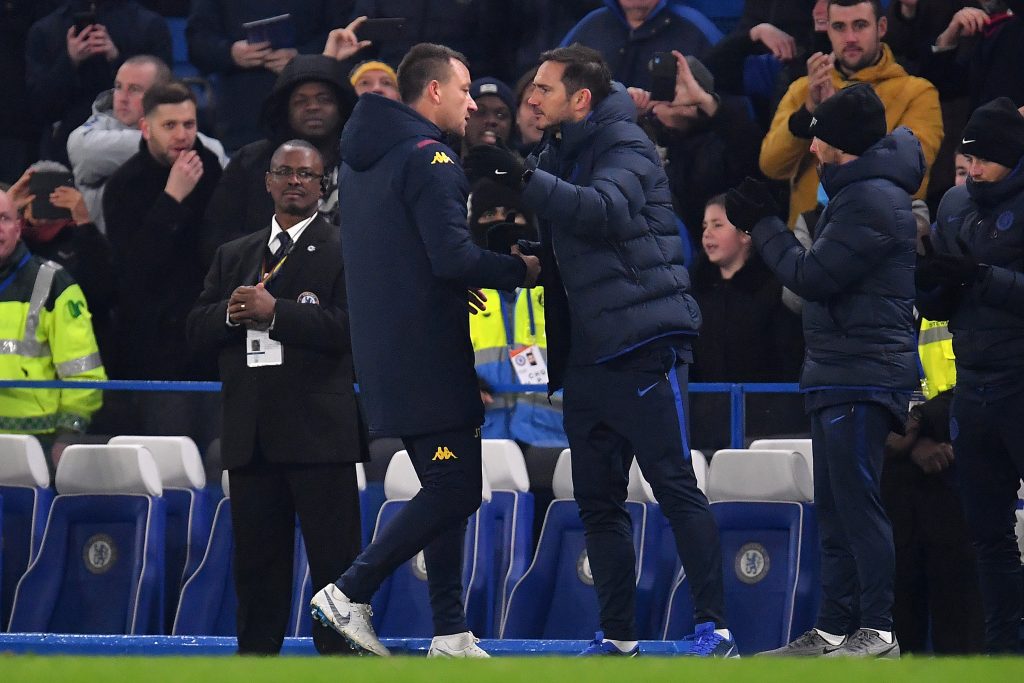 Aston Villa were supposed to host Chelsea at Villa Park tomorrow, and Villa assistant boss John Terry was already looking forward to reuniting with his former teammate and Blues boss Frank Lampard on the sidelines.

However, the game has been postponed with the Premier League currently on hold following the outbreak of coronavirus.

Action is expected to resume April 4, subject to medical advice and conditions at the time, and Villa coach Terry has reacted to the postponement, sending this message to the Chelsea boss on Instagram:

Chelsea ran out 2-1 winners when Villa visited Stamford Bridge in December, and Dean Smith’s side will fancy their chances when the Blues come to Villa Park.

Lampard’s men are fighting to hold on to their fourth position in the table with a chasing pack heavily breathing down their necks, while the Villans are fighting for Premier League survival.

The Midlands outfit are currently in 19th place having picked up just 25 points in 28 league games, and boss Smith will hope the break can help refuel his men for the relegation run-in.

Their game against Newcastle United has also been postponed, and should the league indeed resume April 4, they will return to action by hosting Wolverhampton Wanderers.