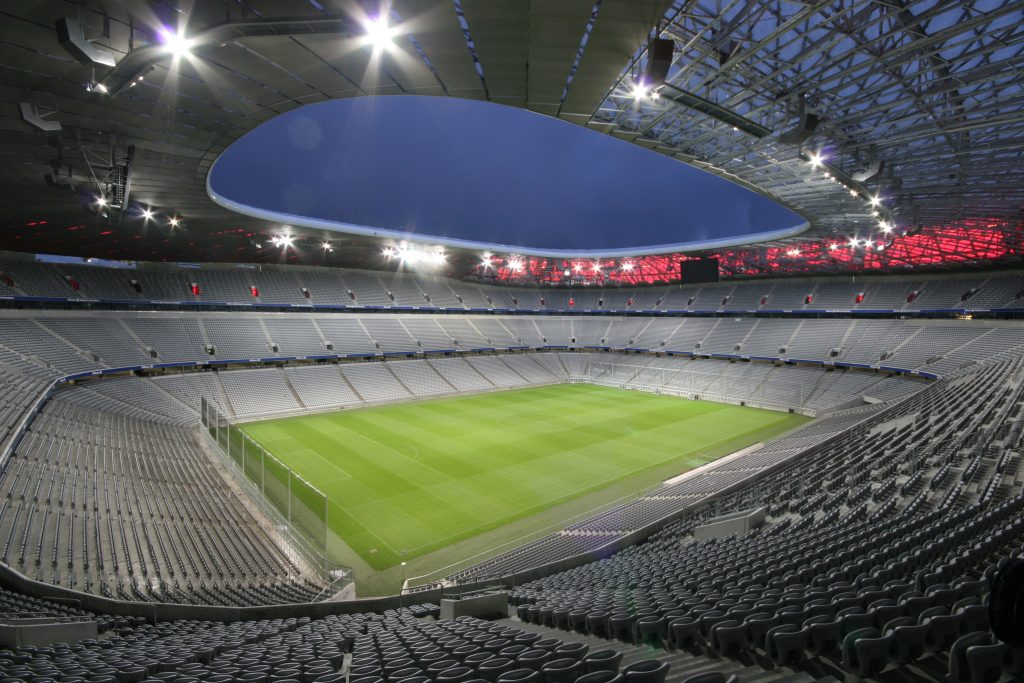 Despite its short history, the Allianz Arena has already provided the stage for numerous breathtaking moments. The fact that more than 175 football matches have been sold out over the past few years sends out a clear message: emotions have considerable gravitational pull!

The Allianz Arena is a modern technological marvel – below, you can find information on one of Europe’s most state-of-the-art stadiums.

Click on the images below to see them in full size. 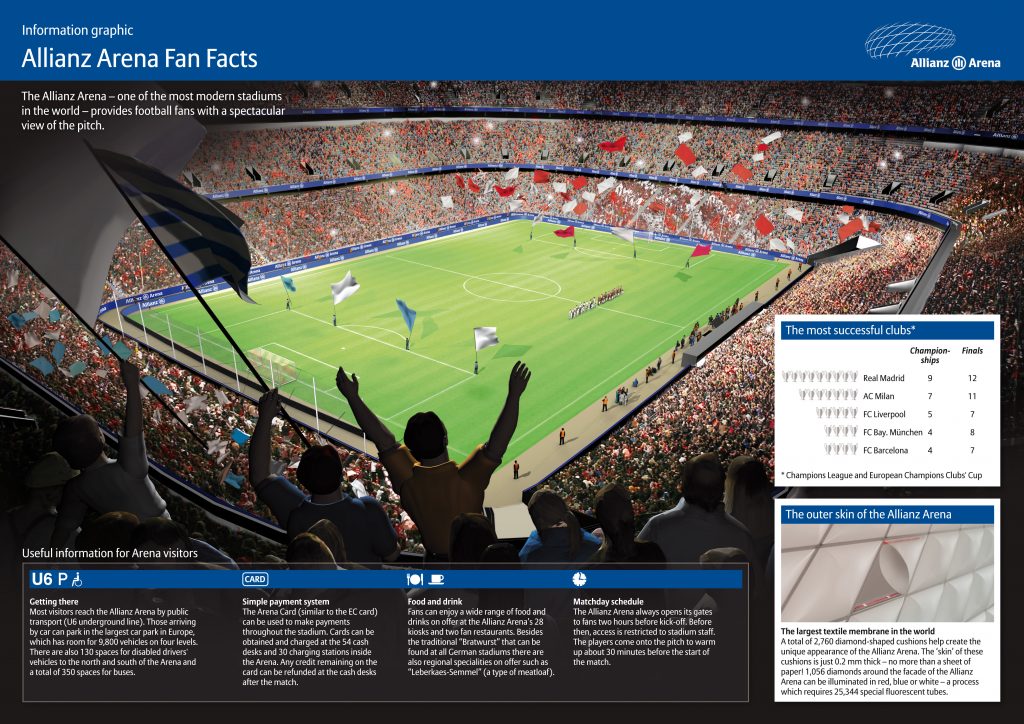 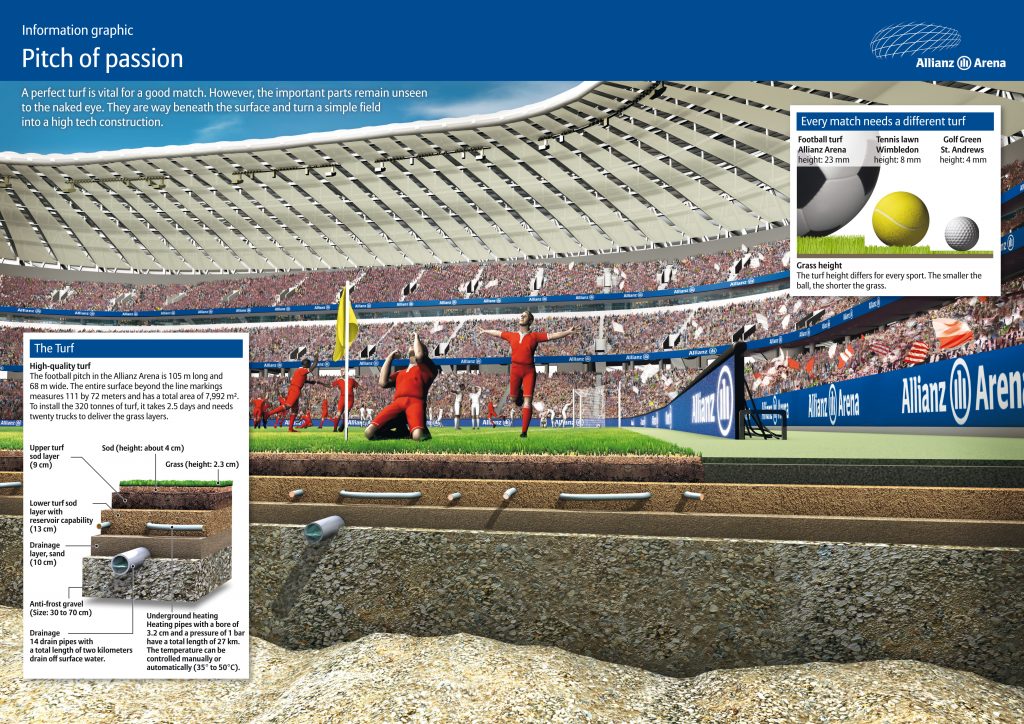 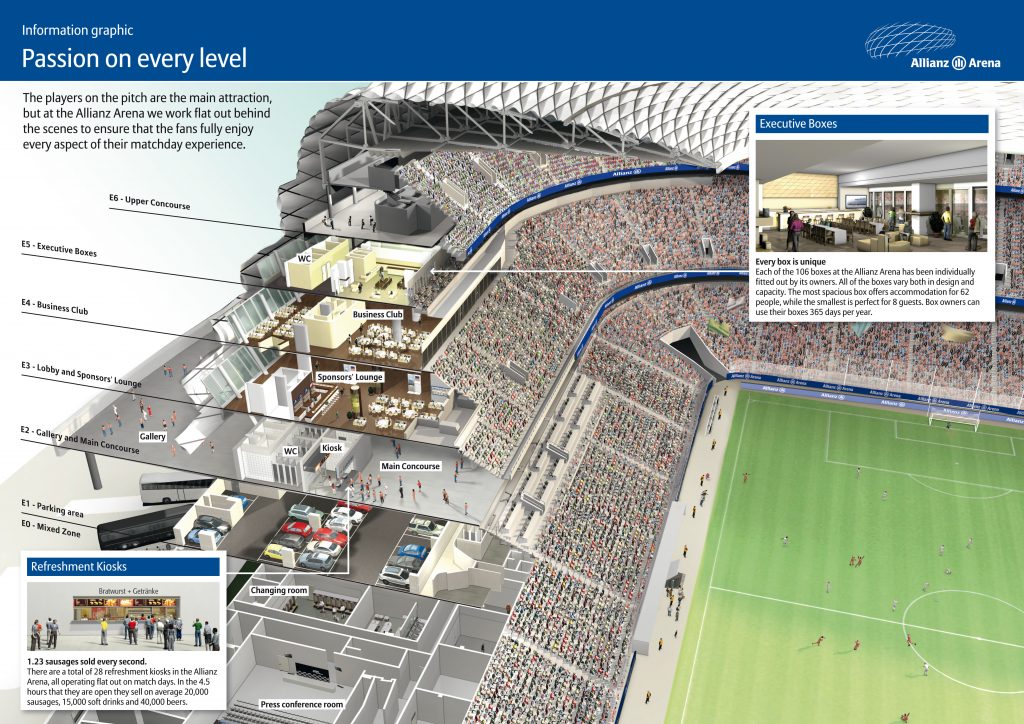 Allianz Arena – Way To The Pitch 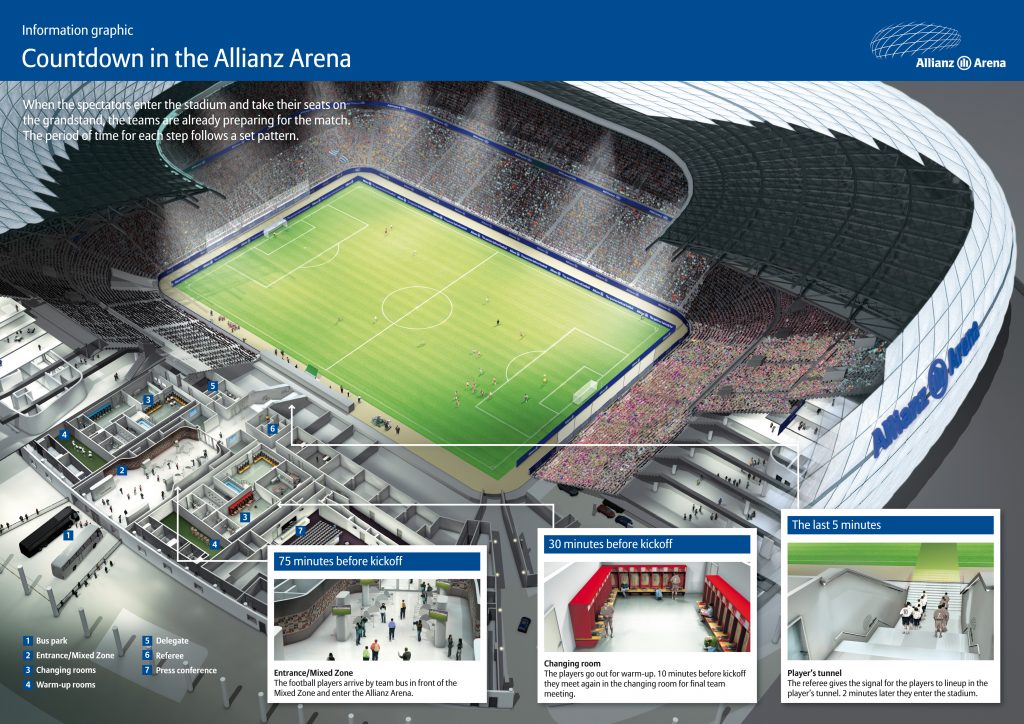 Here’s our photo collection of the Allianz Arena, featuring shots of the changing rooms, outside of the stadium, fan shots inside the stadium, the pitch and more.