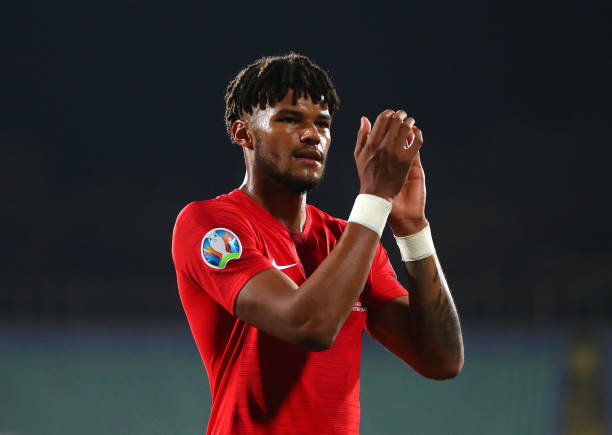 Aston Villa centre-back Tyrone Mings made his England debut against Bulgaria on Monday, playing all 90 minutes in the 6-0 victory as the Three Lions booked their place in the Euros 2020.

The game was marred with racist chants from the home fans, but it didn’t stop the visitors from running riot.

Despite being subjected to racist abuse, Mings put in an impressive shift and Villa fans and manager Dean Smith would have been more than proud of his performance and how he comported himself all through the game.

“In what he had to face, I thought he was absolutely fantastic both on the pitch and off the pitch. He delivered a performance with maturity, with confidence and with belief,” Shearer told Coral.

“He has impressed the manager and rightly so, not only on Monday evening but also right through the season because Gareth wouldn’t have play him if he didn’t like what he has been seeing in his performances for Aston Villa, and he has got a real good opportunity to stake a claim for a regular place.”

''He delivered a performance with confidence, maturity and belief''@alanshearer is singing Tyrone Mings' praises after his display in Bulgaria! pic.twitter.com/uWzJCmkfoE

Mings played alongside Manchester United centre-back Harry Maguire in defence, with manager Gareth Southgate preferring him ahead of Everton’s Michael Keane after ringing the changes following the loss to Czech Republic.

Having put in such a top-notch performance, the Villa star has made a real statement of intent and will fancy his chances of earning a permanent starting berth going forward.