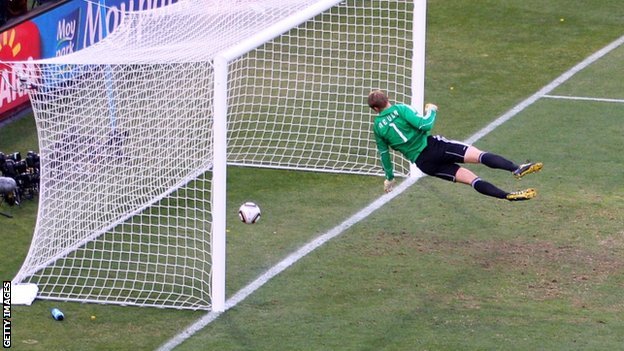 With the current debate about the 2022 World Cup hotting up the topic of football technology centres on two aspects of advancement that will take centre stage in Qatar, although the other critical element is whether or not the tournament actually goes ahead in Qatar, as planned, and WHEN!

The recent introduction of GLT, goal line technology, was long overdue and decidedly simple causing even greater wonderment as to why it took so long to introduce. On a bigger scale, literally, is the Qatari solution to 40-50 degree temperatures anticipated when their World Cup comes around, namely air-conditioned stadia. Presumably aimed at the paying punters the hope will surely be that the cold air swirling around the stands will create a peripheral cooler environment for the players on the pitch. I wonder if we will see a lot of players hugging the touchline to get a waft of cool air. Though, in theory, each stadium will be an air-conditioned zone for both spectators and players.

Each stadium will have a retractable roof which will be a bonus for earlier kick offs with the option of opening them if conditions, and FIFA dictate. The hope will be, of course, that should it be necessary to close the roof for kick-offs in the heat of the afternoon, the humidity will not be worse than direct sunlight.

When the games are not taking place the stadiums will export electricity to the national grid. The biggest concern for all involved is that the massive technology for all these proposals is untested.

In the 2010 World Cup England`s Frank Lampard had a goal against Germany ruled out that was so clearly over the line that even FIFA knew it was a goal. Unfortunately the referee did not allow the goal. But despite that negative, as far as England, their fans and the rest of football were concerned it was an incident that finally ushered in goal line technology, hereafter referred to as GLT. That technology is now an established part of the Premier League in England and, when the costs are reduced to affordable levels, no doubt GLT will be just as prevalent at the Keepmoat Stadium and Vale Park as it is at Anfield and Stamford Bridge.

Of course it isn`t only GLT and air-con stadia where football technology has been advancing. From training and playing gear to preventative and rehabilitative medical equipment modern footballers, especially those fortunate enough to be professional, have never been so well equipped.

There are Isokinetic machines that can be used in predicting muscle injuries and, for example, where one leg may be stronger than the other. Force platforms can provide valuable bio-mechanical information on jumping ability and power output while Electromyogrpahy, EMG, is useful in evaluating co-ordination.

Thanks to former Liverpool star Craig Johnston and his `invention` the adidas Predator we had the first step along the road that has brought us a kaleidoscope of eye-dazzling boots. Although the predominant improvement in shoe design appears to have been limited to the use of lightweight materials not to much attention has been directed at strength and protection of valuable feet attached to ever more valuable legs and bodies of top stars who earn mega-bucks. One metatarsal injury can have severe consequences for footballers and their employers so it seems strange that in the 21st century when we can photograph a gnat`s whisker at the extreme limits of Alpha Centauri we cannot construct a football boot that can safeguard a foot from injury.

If you read the advertising jargon that goes along with the marketing of the modern football slipper, sorry, boot, you would be forgiven for thinking the boot manufacturers have invented a second skin. Phrases like `getting the players` foot closer to the ball to enhance and unlock their potential` etc etc are to the fore. I just wonder if Messi or Ronaldo would not prefer the protection of their priceless feet to making a fashion statement.

And what about the spherical object at the heart of the beautiful game, the ball. We have come a long way since the rain-soaked balls as recent as the 1950s. Modern polyvinyl, synthetic or whatever the latest composite ball is constructed of comprise similar technology used to put satellites into space. Lighter and more responsive to the velocity and control applied by the foot, enveloped in super lightweight material, it now seems possible to make a football sit up and do tricks, just ask Ronaldo and David Luiz.

All the aforementioned technological advances now part of the game are decidedly space-age but a decidedly low-tech advance, again so simple it is baffling why it never happened sooner is the disappearing foam now utilised as a `magic barrier` to prevent illegal encroachment into the 10 yard zone at free kicks, now an integral part of football. A move which, less than a week into the Premier League season had free-kick takers wiping the ends of the imposed foam line away, presumably in case it put them off their aim!

Whatever technological advances are in the pipeline, near future or far, those advances need to improve the game and not impinge on the subjective nature of football.

Was he offside, laser technology or GPS, let`s not reduce it to millimetre precision and let that subjectivity be the domain of the referee BUT let the advantage, in the case of offside, or not, be in favour of the attacker for is that not what football is all about. Attacker trying to score and the opposition trying to stop them, the foundation of the sport.

You don`t need technology for that.