Back in October 2012, the Telegraph reported that Arsenal will be switching to adidas as their sports goods manufacturer when their deal with Nike expires at the end of the 2013/14 Premier League season.

The new deal will see Arsenal’s earning from rise from £13 million a year to £25 million. This association will renew the partnership that ended in 1994 when Nike took over from the German company.

Even though adidas are not liable for making kits for Arsenal before the 2014/15 season, an image of Arsenal’s home, away and third kits have started appearing on the internet carrying the adidas logo – presumably for the 2014/15 season. 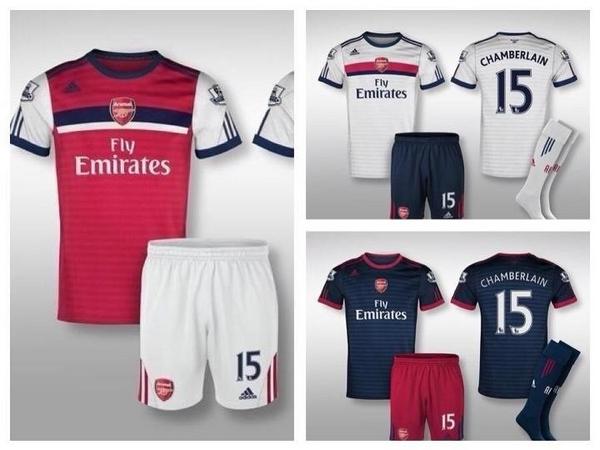 If the above image is to be believed, why have they been leaked now? Even before Arsenal’s 2013/14 kit came to light. Is adidas really that eager to take over London that they have designed the kits already and are now looking to pounce on other London clubs like Fulham and Tottenham?

In my opinion, these are very sleek kit designs and even if they don’t seem much here but they will look great when they are worn in matches.

One of our readers have pointed out that the above image contains fantasy kit designs from an online portfolio site, Behance. You can view more pictures of these kits here.