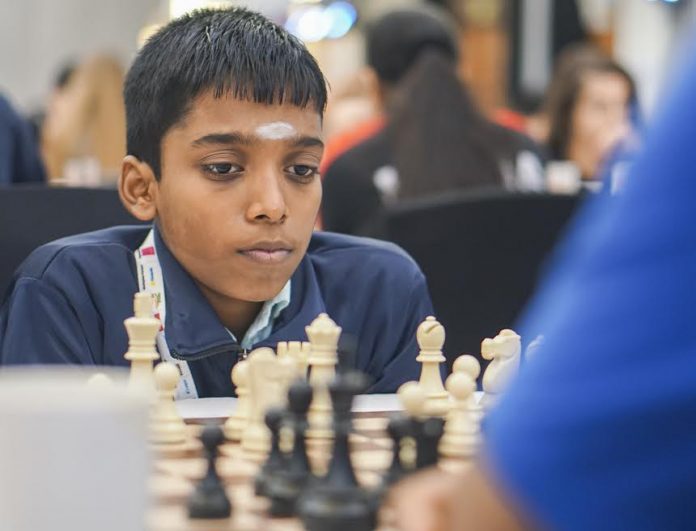 In the highly anticipated battle between two Indian Grand Masters in the World Youth Chess Championship in Mumbai on Wednesday, R Praggnanandhaa outclassed compatriot P Iniyan and kept India’s hopes alive in the Under-18 Open.

Iniyan, playing with black, opted for the Pirc defence. Pragg not only countered the move easily but forced him into the back foot in the opening half. He kept on piling pressure with every move and finally wrapped up the game on move 38.

As a result of the win, the youngster joined Iran’s IM Aryan Gholami in the lead after he settled for a draw in 38 moves against Indian IM Mitrabha Guha.

Grand Master Sargsyan Shant of Armenia, the top seed player of the tournament, kept himself in the hunt by beating George Stoleriu of Romania in 37 moves. 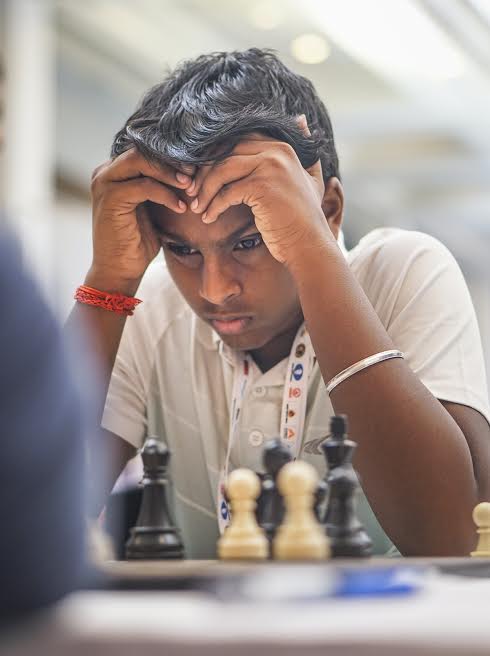 Meanwhile, R Abinandhan continued his dream run in the Under-14 Open, and he is now a surprise leader with seven points. After beating two Russians, second and fourth-seeded, Abinandhan completed a hattrick of wins after outwitting compatriot FM LR Srihari in a Queens’ Gambit move.

Armenian youngster Aydin Suleymanli has moved to second place with 6.5 points after he drew against Marc Morgunov of Austria.