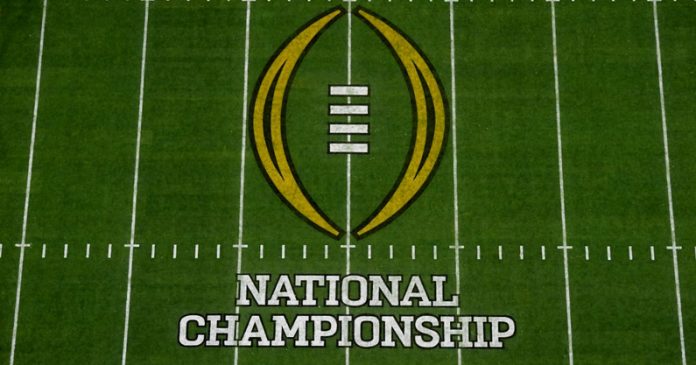 Week nine is in the books and the AP Top 25 Poll for week ten was released on Sunday. However, this may hold a little less weight than the previous polls as the CFP selection committee releases their first rankings of the season on Tuesday.

The College Football Playoff debate is about to head into overdrive. On Tuesday, the CFP selection committee will release their first rankings of the season.

In the meantime, the usual weekly AP Top 25 Poll is released and pollsters are having a tough time separating the top teams.

Georgia is currently ranked at one, just 28 points ahead of the teams in second. Yes, that’s teams, plural. Tennessee and Ohio State are tied in second place ahead of Michigan in fourth.

Clemson, Alabama, TCU and Oregon hold the next four spots in the AP Poll, but how that changes on Tuesday is anyone’s guess. Our best guess is the CFP selection committee’s top eight looks very similar to the top eight in the AP Poll.

No matter the rankings this week, it could all be turned on its head next week. Georgia hosts Tennessee in a one versus two encounter for the ages. That matchup is sure to have massive implications in the week 11 CFP selection committee’s rankings.

If it is a close game, it will be interesting to see how they believe it affects the rankings. However, it will be far more interesting should a blowout occur and what happens in that scenario.

There are three top-25 matches on Saturday and they are as follows: