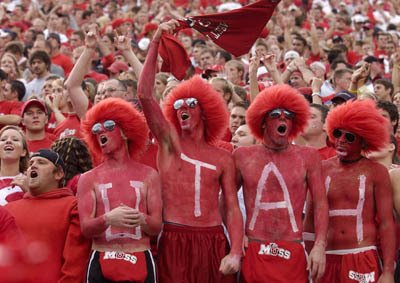 Victorious Utes save the day

A 21-year-old student from the University of Utah was arrested on Wednesday after making threats of terrorism on social media. The woman was clearly a big college football fan as she threatened to detonate a nuclear reactor based on the University of Utah campus if her beloved Utes lost to San Diego State on Saturday.

We are not sure if the players were aware of the threat or not. Nevertheless, the Utes were victorious by a scoreline of 35-7 and the boys on the field saved the day, quite literally.

The police released an affidavit after the female was charged and released in a Salt Lake City jail. In the affidavit they stated the threat was made on social media site, Yik Yak.

“If the football team did not win the game, [she] was going to detonate the nuclear reactor that is located in the University of Utah causing a mass destruction,” the affidavit states. Furthermore, the affidavit states that she was aware of the location of the reactor.

Much ado about nothing?

The nuclear reactor which is housed in the Merrill Engineering Building is no bigger than a microwave.

“It can’t release any pressure because it doesn’t build up any pressure,” according to professor emeritus, Gary Sandquist. The reactor is used only for teaching purposes and it sits in a tank of 10,000 gallons of water.

“It’s essentially a little bit hotter than room temperature. The reactor heats the water up from about 65 degrees up to maybe 80 degrees after operating for many hours. So it can’t possibly melt down or pose any risk,” Sandquist added.

So maybe it wasn’t a giant risk to the community at large after all, but did our superfan know that?