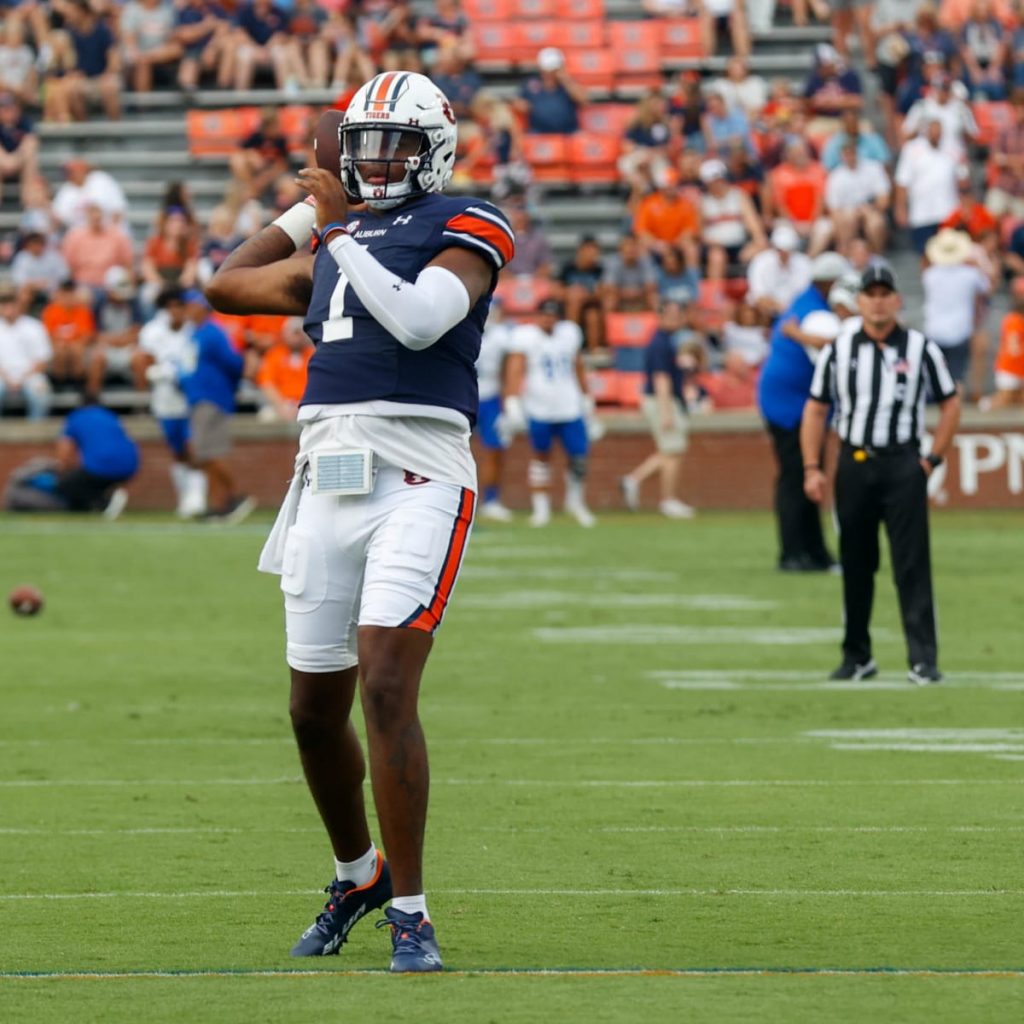 Auburn starting quarterback TJ Finley will miss the SEC West encounter versus LSU with a shoulder injury according to sources familiar with the situation. It will be the second straight week the LSU transfer will sit.

Multiple weeks on the sideline

TJ Finley would have been seeking revenge against his former team, LSU this Saturday should he have been fit. The junior quarterback transferred from LSU to Auburn last year where he played sparingly.

However, after the departure of Bo Nix, he won the starting job this offseason. Unfortunately for Finley, a grade two shoulder sprain suffered against Penn State saw him ruled out against Missouri last week.

According to sources familiar with the situation, Finley will miss the LSU game this week too. The QB has been unable to practice due to limited range of motion caused by the shoulder injury.

“We’ll see what he looks like,” Hersin said on Wednesday. It doesn’t sound as though the injury progressed as the backroom staff had hoped as the week wore on and ultimately Finley was ruled out of the LSU game.

When Finley exited the Penn State game, redshirt sophomore Robby Ashford took over. Ashford also started the following week against Missouri and has done enough to keep the starting job.

Ashford lost an offseason starting QB battle to Finley this offseason. But when called upon he has played at a reasonable level. He went 12/18 attempts for 127 yards against Missouri but was asked to do more with his legs where he ran for 46 yards and a touchdown.

It is likely that Ashford will need to do more to hold onto his position when Finley is able to go.

If Finley is able to go next week, he will be thrown straight into the fire against the number one ranked Georgia Bulldogs.