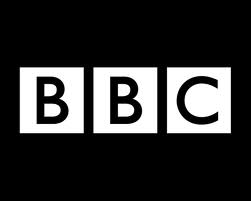 News broke yesterday of Lee Dixon’s departure from the BBC football punditry team. Now Dixon is by no means a great pundit. He wasn’t enormously informative, didn’t have great vocal delivery. He wasn’t as good as Gary Neville or even Graeme Souness on Sky. Recently he was also becoming lax, whether it was saying Denmark were ‘well organised’ (all Scandinavian sides are ‘well organised’ in British football parlance) or that all Portugal had was Ronaldo (ignoring Nani, Moutinho and a good defence).

But was he the BBC’s best pundit? Absolutely. And his departure shows how abysmal the BBC’s football coverage has become.

The BBC, the UK’s public service broadcaster, is the biggest broadcaster in the world and has been for decades. The BBC has one of the most visited English language websites in the world. Every UK household pays a licence fee (about £145 and unless you have no television or way of receiving live broadcasts it’s a criminal offence to not pay up) and for that you get no adverts, no political bias and a healthy cluster of TV and radio channels.

The BBC used to be a giant when it came to pioneering sports coverage. Pretty much every major sport in the UK started off being broadcast by the BBC. This includes football, where BBC radio started broadcasting football in the days when commentators divided the pitch into thirds and would say ‘United in the middle third’ or ‘County in the attacking third’ (these phrases are still occasionally used today).

It would be wrong to sat BBC’s football coverage has always been fantastic. That would be false and overly nostalgic. Kenneth Wolstenholme, legendary for his commentary on the 1966 World Cup final, was a dreadful commentator. Watch YouTube highlights of games he commentated on and he’s constantly getting players mixed up, getting things wrongs with a strangely distant vocal delivery, like an aging father struggling to keep track of his grandchildren running around the garden. Jimmy Hill for all the good he did in football was a joke that went on too long. Trevor Brooking was grey in colour and deed.

But for all the faults those people had, the BBC’s football coverage has never been worse. It’s a disgrace.

Alan Hansen is the worst example of this. He says nothing interesting or original, offers no insight and at the last World Cup sneered at the prospect of doing any research on Algeria versus Slovenia. He also has a petty, ridiculous vendetta against Mario Balotelli (‘he’ll have to score ten hat-tricks in the Premier League before I’m convinced by him’) which combined with his remarks about ‘coloured’ players and refusal to condemn Kenny Dalglish for his ludicrous defence of Luis Suarez doesn’t do much for his racial equality credentials. He gives off the air of a bored middle aged timber merchant wishing he could play golf all day. And they don’t make for good football pundits.

Alan Shearer infamously said a while ago after a brilliant Hatem Ben Arfa goal ‘we don’t know much about him’. He’s saying this about a French international who has played in the Champions League and has been regarded as one of Europe’s brightest talents who plays for Newcastle, a club Shearer played for and managed (disastrously). It shows just how much he knows about football. Especially when he said about Balotelli ‘he hasn’t achieved anything yet’, apart from winning three league titles by the age of 21, more than Shearer won in an entire career. And for all Balotelli’s eccentricity, he’s never kicked a player in the head and then threatened to retire from international football if found guilty and suspended, like Shearer did before the 1998 World Cup.

Mark Lawrenson fancies himself not only as a pundit and co-commentator but as a comedian. A typical Lawrenson ‘joke’ was once when commentating on a Manchester United game, the camera panned to goalkeeping coach Eric Steele. ‘Oh Eric Steele. We used to call him stainless’ (stainless steel, geddit?).  Humour that you’d expect from the old racist comedians who used to tour Britain’s clubs and arenas in the 1970’s.

Also with Lawrenson is the fact he’s so miserable. He’s commentating on big matches, watched by millions who’d sever various bodyparts if it meant being paid more in a month than a lot of people get paid in a decade, to watch football along with top quality hotels and first class airplane tickets. Yet he’s a gloomy, sarcastic presence, like a teenager pressganged into meeting a relative he doesn’t want to see.

The other pundits if anything are worse. Martin Keown commentates like a co-commentator on FIFA or Pro Evo, making obvious judgements at random periods. If you’re watching a match on the BBC and can’t recognise who’s commentating, it’s usually him.

When you do notice him, he criticised Germany for ‘arrogance’ and Italy for ‘celebrating’ in their Euro 2012 semi-final. Germany arrogant? They weren’t arrogant enough. Instead of playing like they could, they over-adapted to the Italians and got punished. Calling Germans arrogant, an English tradition loved by the tabloids was stupid. Having a pop at Italy for making a European Championship final? Bit rich coming from a man who greeted Ruud van Nistelrooy’s penalty miss like some wild ape.

Steve Claridge is plain odd. He mumbles on the Football League show about things like Notts County’s good home form or Doncaster’s change of manager, then on radio shouts and squeals about how rubbish everything is. Robbie Savage is just someone with absolutely no knowledge of football. Chris Waddle comes across as bitter and miserable on BBC radio.

Lee Dixon wasn’t a great pundit, but at least he usually did some research, had some reasonably interesting opinions and didn’t come across as an arrogant, smug, self-satisfied berk. The punditry is what’s wrong – Gary Lineker is a pretty good presenter who judging from his Twitter page has some insightful opinions.

But what does he have to work with? Buffoons who give the impression they wake up every morning and lick themselves with pleasure at what great people they are. BBC’s football coverage is appalling, getting worse and ITV, despite the efforts of Adrian Chiles, Andy Townsend and adverts to drag the quality down are becoming preferable to the BBC when it comes to football.

This is a very sorry state of affairs. Licence fee payers deserve better.