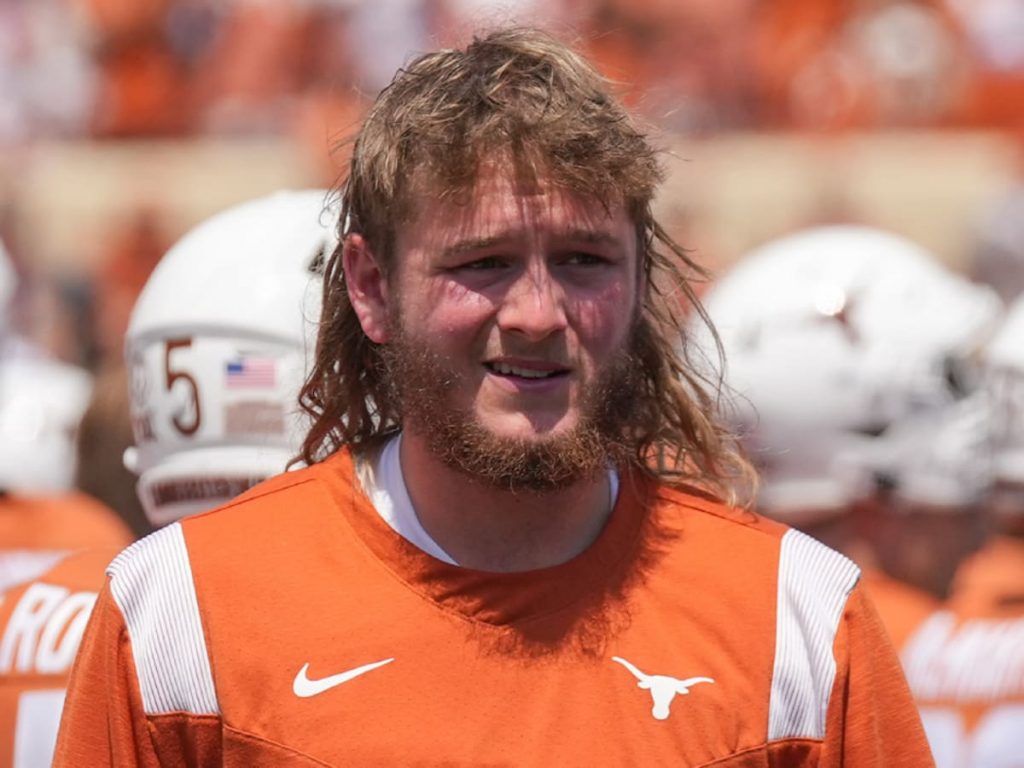 Texas QB Quinn Ewers and his mullet were in fine form when he suffered an injury early in week two against Alabama. He has not played since but the wait for him to take the field could be over as it looks as though he is likely to start in the Red River Showdown against Oklahoma.

When Quinn Ewers got hurt against Alabama, backup quarterback Hudson Card entered the game. Card and the Longhorns nearly turned over Alabama that day but ultimately came up just short.

Ewers has not played for a month with a non-throwing shoulder injury. But in his stead, Hudson Card has been a very able replacement. Some were even calling for him to keep the starting role. However it seems head coach Steve Sarkisian has other ideas.

Sarkisian has played his cards (cough, ahem) close to his chest these past few weeks. The week after the Bama game the Texas coach said Ewers could probably play. Given that he hasn’t played in a month, we can only assume those were hollow words. However, Ewers has dressed for every game.

A clavicle sprain generally takes around a month to heal, so this is the kind of timeframe that Ewers was expecting to miss. And this is certainly a good spot for the exciting freshman to return.

Oklahoma were destroyed by TCU last week and their defense will be ripe for the picking. Ewers will be looking to link up with wide receiver Xavier Worthy and running back Bijan Robinson.

Since the news of Ewers’ likely start broke, the Texas Longhorns have moved two points on the spread. The shift from -7 to -9 is not insignificant and means oddsmakers have a favorable view of Ewers.

The game will kick-off at noon on Saturday and will be televised on ABC while also being available on the ESPN Sports app.